The impact of America’s international students during 2019 has been revealed.

The 2018/19 academic year became the fourth consecutive year with more than one million international students enrolled in U.S. schools, setting an an all-time high for the country, according to the 2019 Open Doors Report on International Educational Exchange.

Data from the index also revealed that international students contributed $44.7 billion to the U.S. economy in 2018, an increase of 5.5% from the previous year. China remained the largest source of international students in the United States for the tenth consecutive year, with 369,548 students in undergraduate, graduate, non-degree, and optional practical training (OPT) programs during the 2018/19 academic year, a 1.7 percent increase from 2017/18. India, South Korea, Saudi Arabia, and Canada round out the top five, while Bangladesh, Brazil, Nigeria, and Pakistan highlighted as emerging markets, showing some of the strongest growth year over year. 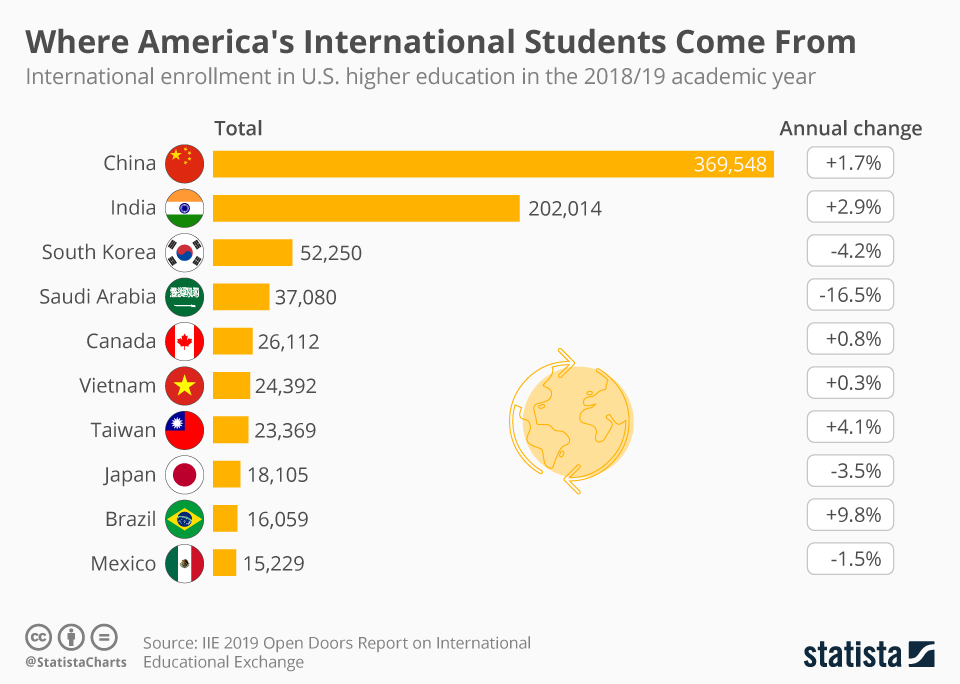 With this notable student enrollment growth, it becomes interesting to see which are the careers where international students consider starting a career. The research of the Institute of International Education reveals interesting data:

“We are happy to see the continued growth in the number of international students in the United States and U.S. students studying abroad (…) Promoting international student mobility remains a top priority for the Bureau of Educational and Cultural Affairs and we want even more students in the future to see the United States as the best destination to earn their degrees. International exchange makes our colleges and universities more dynamic for all students and an education at a U.S. institution can have a transformative effect for international students, just like study abroad experiences can for U.S. students”, said Marie Royce, Assistant Secretary of State for Educational and Cultural Affairs.