While highest expat salaries are found in Singapore, it ranks among bottom 10 on tackling inequality.

While Singapore ranks 1 in worldwide cost of living and the overall best place for expatriates to live and work for a fourth straight year, it is not great at battling inequality.

The latest Worldwide Cost of Living Survey, elaborated by The Economist Intelligence Unit (EIU), saw Singapore be the world’s most expensive city, and HSBC’s latest annual Expat Explorer report found it to be the best place for expats to live, but an Oxfam International study found the country ranked among the bottom 10 countries globally on tackling inequality.

Oxfam ranked Singapore 149 out of the 157 countries that it studied, calling on policymakers to strengthen labour rights, enact anti-discrimination laws, and increase social spending.

The Oxfam study calls out the country on “under-taxing” wealthy individuals and corporations. Its aim to better the way the country assesses representation and legal rights of women in the workforce.

On its defense, the Ministry of Social and Family Development (MSF), said that the Oxfam report “assumes that high taxation and high public expenditure reflects commitment to combatting inequality”.

“We think it is more important to look at the outcomes achieved, like the Republic’s home ownership rate and international education rankings, as well as healthcare outcomes such as life expectancy and infant mortality.

We do not have a minimum wage, but we have income support for low-income workers, generous schemes for worker upskilling and a progressive wage model for certain low wage jobs.

It also said that lower-income and median-income households here have experienced faster income growth over the last decade than most countries at similar income levels.

That we achieved all of this with lower taxes and lower spending than most countries is to Singapore’s credit rather than discredit.” 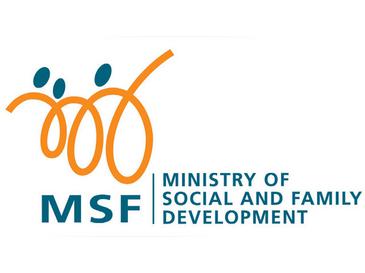 The highest expat salaries are found in Switzerland, the US and Hong Kong – according to HSBC’s latest annual Expat Explorer report.

Moving abroad boosts the average worker’s income by US$21,000, with 45% of expats saying their existing job paid more internationally, while 28% changed locations in search for a promotion.

Switzerland, famous for both sky-high mountains and prices, boosts annual income to US$61,000. Expat salaries there again are the highest, averaging US$203,000 per year – twice the global level.

However, as the best place to live and work, Switzerland ranked only eighth, with the high cost of raising children and difficulty making friends going against it.

Just half worked full time, and the overall level of education was somewhat lower. Women’s average annual salary was also US$42,000 lower than men’s.

Sweden, one of the world’s most gender-equal countries, got top billing for family, while New Zealand, Spain and Taiwan led the way in the experience category.

According to The Business Times, the HSBC survey of 22,318 people uncovered that women trailed on a variety of metrics.

While relocating boosted women’s income by roughly 27 per cent – topping the increase experienced by men – only about a quarter moved to develop their careers, compared with 47 per cent of their male counterparts.

Commitment and collaboration are critical to save the planet

The rise of the ‘conscious consumer’ to drive future food trends: Innova

Climate change: Up to government or down to business?

Travel trends to watch in 2022