Landscape of the US advertising year

Recent estimates show that the US advertising market is poised for further growth in the next few years and what 2019 meant for the industry.

Advertising burst upon the United States in the 1800s, and since then, the landscape has been ever-growing.

And since the rise of digital, advertising revenue and spending has peaked in all the possible formats even more, especially driven by mobile growth. This burst has become inevitable and is now expected to surpass all expectations. On one side, GroupM expects ad revenue to grow to $281 billion a year by 2024, up from $227 billion this year. Unsurprisingly, GroupM adds, the increase will mainly be driven by a steep rise in online advertising sales, which are expected to grow by $60 billion between 2019 and 2024.

Considering total global advertising market during 2020, GroupM estimates that this number will amount to $628 billion, however, it would likely approach $700 billion on a broader definition that includes spending on direct mail and directories around the world.

Some key takeaways to consider in ad spending for 2020 and the next years: 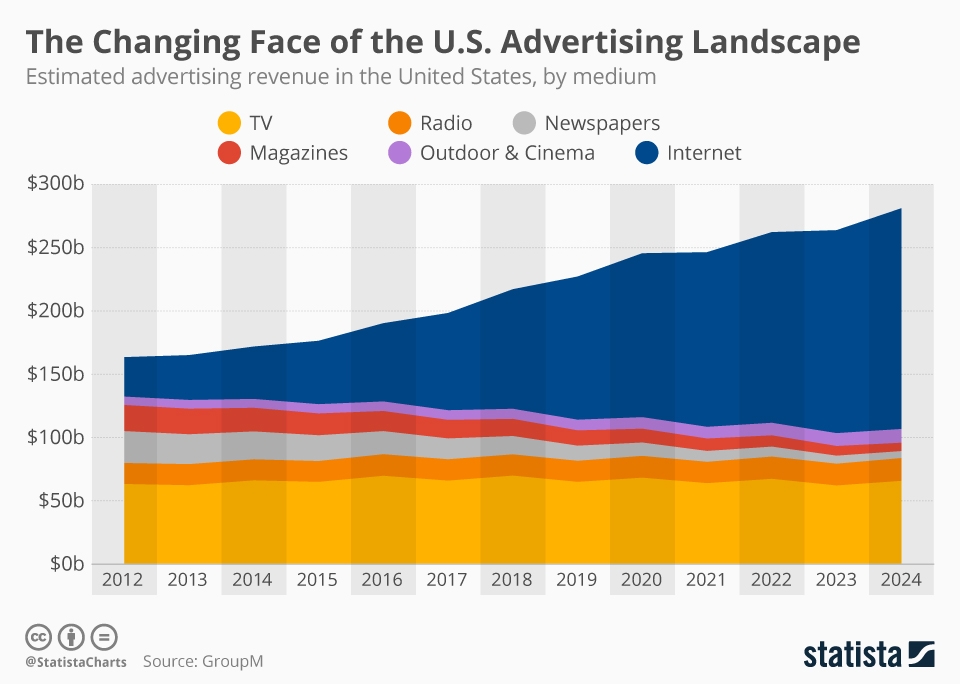