Demand for electricity is growing four times faster than that for any other fuel source.

Electrification across keyend uses -particularly for buildings and road transport- underlies an acceleration of demand for electricity relative to demand for other sources of fuel.

In the construction of buildings, for example, higher living standards in Asia and Africa are supporting a swiftly rising demand for electricity-based services.

An increase in the economic viability of electric vehicles is also triggering a rapid uptick, for cars as well as trucks.

In one scenario, growth in electricity demand could rise by up to 2.9% per year. Meanwhile, demand for coal will peak within the next decade, oil in the next two; by contrast, demand for gas continues to grow modestly.

Fossil fuel use is expected to flatten by 2035, with oil and coal use in decline but use of gas continuing to expand.

Strong growth in coal demand in India and other developing markets is currently partially offsetting a decline in demand within OECD countries and China. This still implies higher coal demand, between now and 2030, than today based on growth in electric power and other industries, cement in particular.

Additional acceleration of declines in the cost of renewables could reduce coal demand by over 50% in China and India.

Over the next decade, liquids demand growth will be primarily fueled by the chemical and transport industries. Yet this growth is finite: peak oil demand is expected to be reached be- fore 2040, driven by efficiency improvements and electrification in road transport. 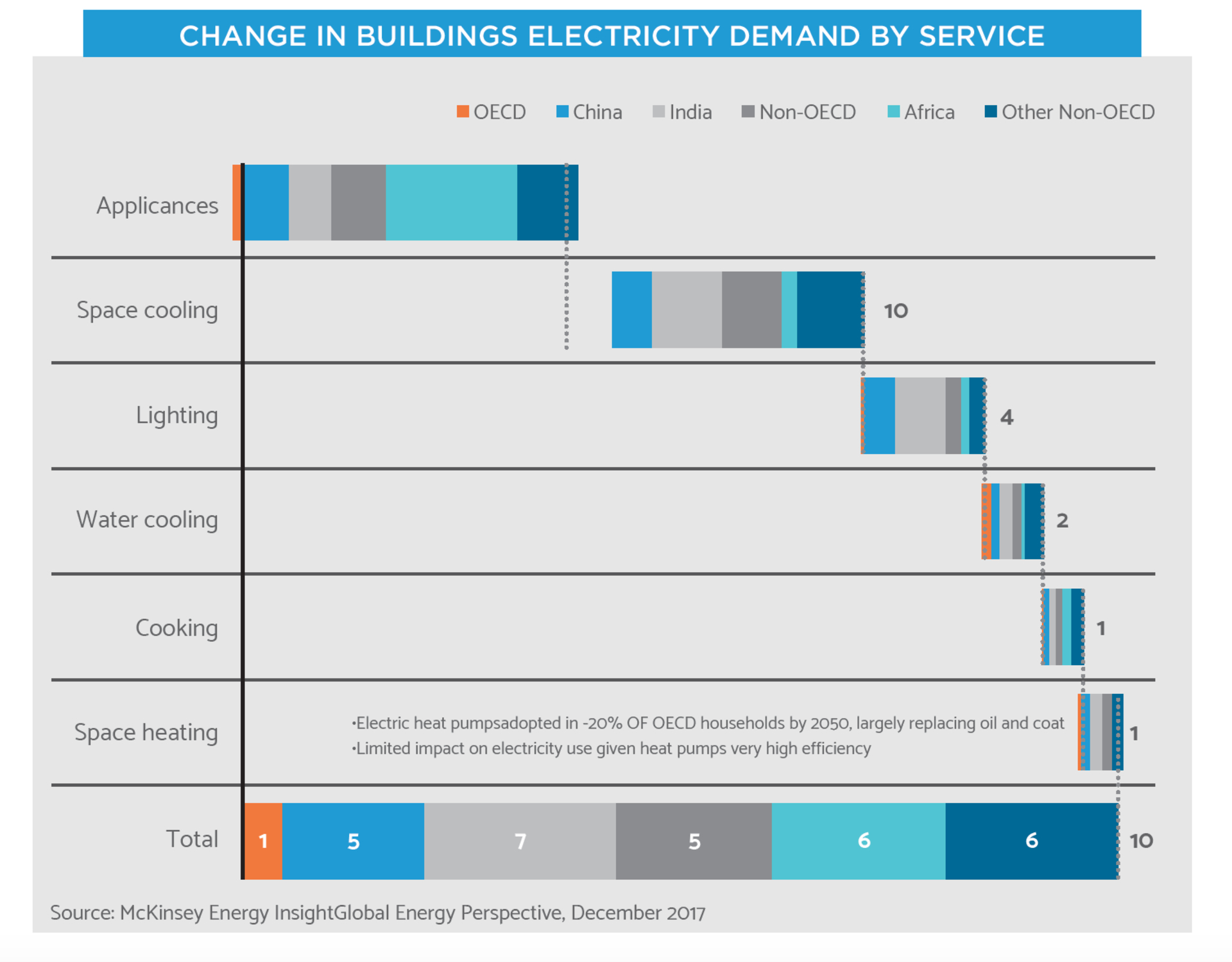 What would need to happen for liquids demand to plummet to half of today’s level?

Gas demand will develop very differently, according to each sector and over time—only the industrial and power sectors are expected to continue to show growth.

Gas demand growth is driven by China’s policy push towards use of gas in the industrial and power sectors as well as by competitive prices in producing regions.

A combination of industrial and residential disruptors could slow global gas demand growth to 0.3% per year, with power rebounding to balance out renewables. 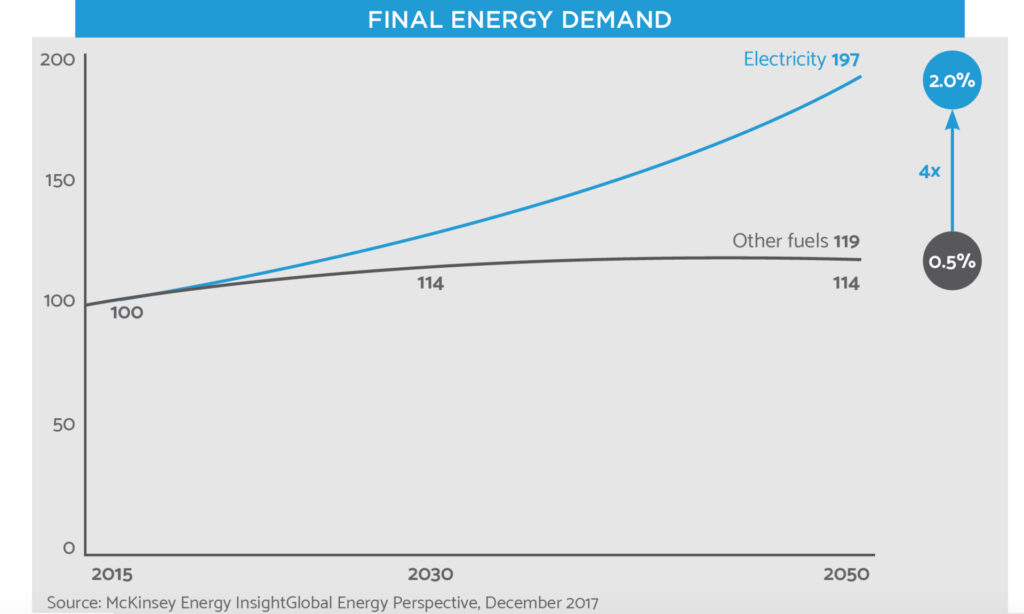 What to expect in each sector?

Road transportation: All new vehicles sales are EVs as of 2030, causing rapid shift of OEM production lines and electric infrastructure build out.

Aviation: The industry achieves its fuel economy improvement stretch target of 2.0% per year

Other industries: Transport equipment within industry electrifies and historical rates of efficiency improvement are mantained.

Power: Oil-fired generation is completely phased out as renewables with storage prove cheaper.

Priorities for the C-Suite in 2022

The CEO Imperative: How do you transform data into insight?

In today’s digital world, how we do make sure no one is left behind?

The future of supply chains

Lessons in resilience from companies that were down but never out