Donald Trump is the most unpopular president to run for re-election since Gerald Ford.

According to FiveThirtyEight’s presidential approval tracker, on January 1st, 42.6% of Americans approved of President Trump’s job performance, while 52.9% disapproved, turning Trump into the most unpopular president to run for re-election since General Ford, who lost that campaign to Jimmy Carter.

Past presidents’ approval ratings have tended to shift over the course of the year — and sometimes by Election Day bear very little resemblance to their Jan. 1 approval, the statistical analysis portal adds, however, five of the last 11 presidents running for reelection saw their approval ratings rise during the year, and six saw them decline. So Trump’s low approval ratings as of January aren’t necessarily a problem for him in November. 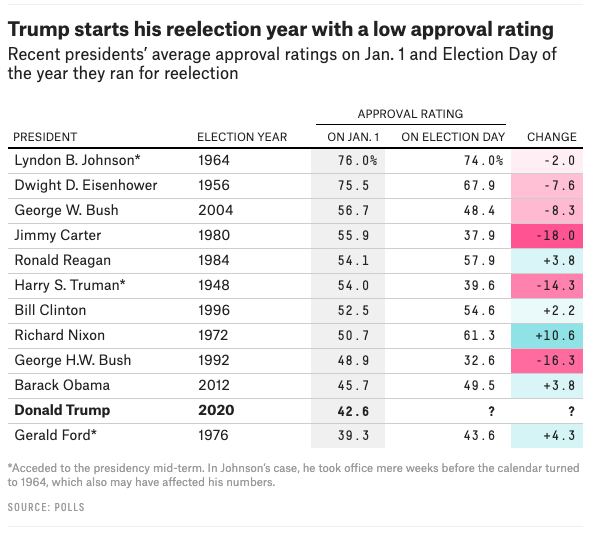