Tech companies stand out as the world’s top brands of last year.

Interbrand, a brand consultancy firm, ranked the world’s brand to see which were the most important in 2019. It published the results in October.

Brands in tech stood out, such as Apple, Google, Microsoft, and Amazon, while Spotify and Harley Davidson and were courting less favor with consumers. Facebook fell out of the top 10 to 14th place and sportswear giant Nike came in at 16th place.

A chart from Statista shows the brand value of the top industries in 2019 (in billion USD). 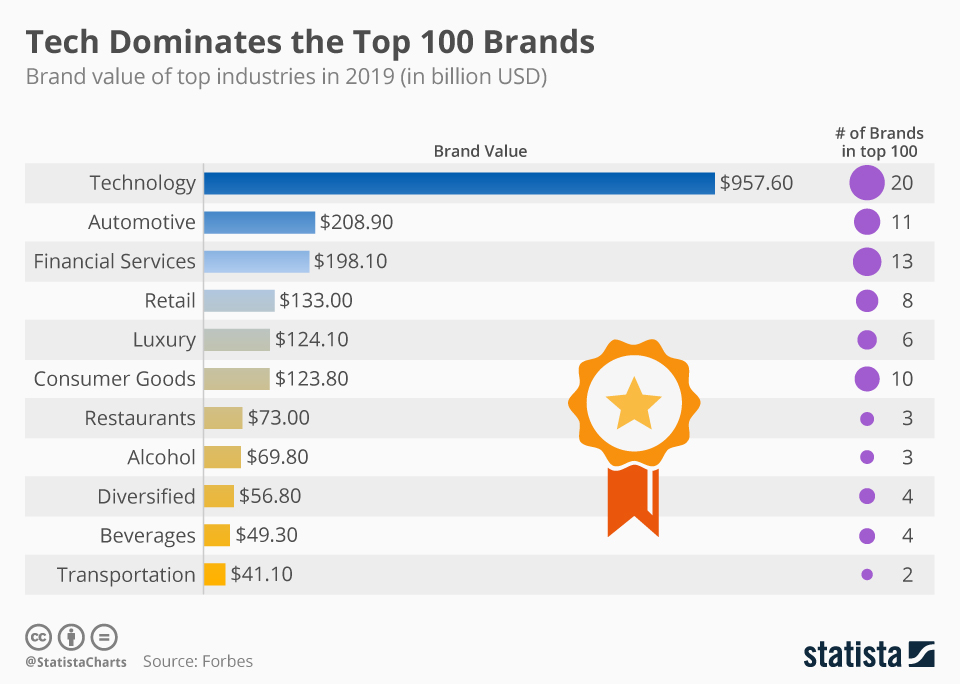