With former CFO Bob Swan at the helm, Intel is looking to embrace the AI, 5G, and autonomous driving revolutions.

Inside a computer tablet, smartphone, or drone—indeed, almost any of today’s technological devices—you will find the magic of Intel in the form of a chip or some other kind of valuable hardware. Indeed, while it was recently overtaken by Samsung Electronics, the company remains the second largest semiconductor chip manufacturer in the world. Its impact on our daily lives is enormous.

Founded in Mountain View, California, in 1968, and currently headquartered in Santa Clara, Intel continues to transform its business to compete in a large and expanding market that today includes data centers, artificial intelligence (AI), and autonomous vehicles while continuing to create value from its traditional PC business. This January, the company’s board concluded that former CFO and interim CEO Robert “Bob” Swan was the individual to drive the company into perhaps the most exciting—and challenging—period in its five-decade history.

After beginning his career at General Electric, Swan served as CFO of TRW Inc., Electronic Data Systems, and eBay before joining Intel in 2016. “The search committee conducted a comprehensive evaluation of a wide range of internal and external candidates to identify the right leader at this critical juncture in Intel’s evolution,” said Chairman Andy Bryant upon Swan’s appointment as CEO. “Bob’s performance (as interim CEO), his knowledge of the business, his command of our growth strategy, and the respect he has earned from our customers, our owners, and his colleagues confirmed he is the right executive to lead Intel.”

Notably, Intel recently announced third quarter revenues of $19.19 billion—the strongest single quarter in its history. “The role of the CPU continues to be incredibly strong,” Swan has said on the future of the technology that made Intel famous. “In addition to that, what a lot of our customers are looking for — as their environments get more complicated — they are not just looking for the CPU or other pieces of hardware for their environment, they are increasingly looking for a platform.”

Having dominated the microprocessor market for PCs in the 1990s and 2000s, In- tel is currently looking to join the AI and 5G revolutions, as well as provide the technology that will make safe and practical autonomous driving a reality. Speaking at Fortune magazine’s annual Brainstorm Tech conference in Aspen, Colorado, in July, Swan asserted that the company still brings more capability and technology to this task than “anybody else on the planet.” 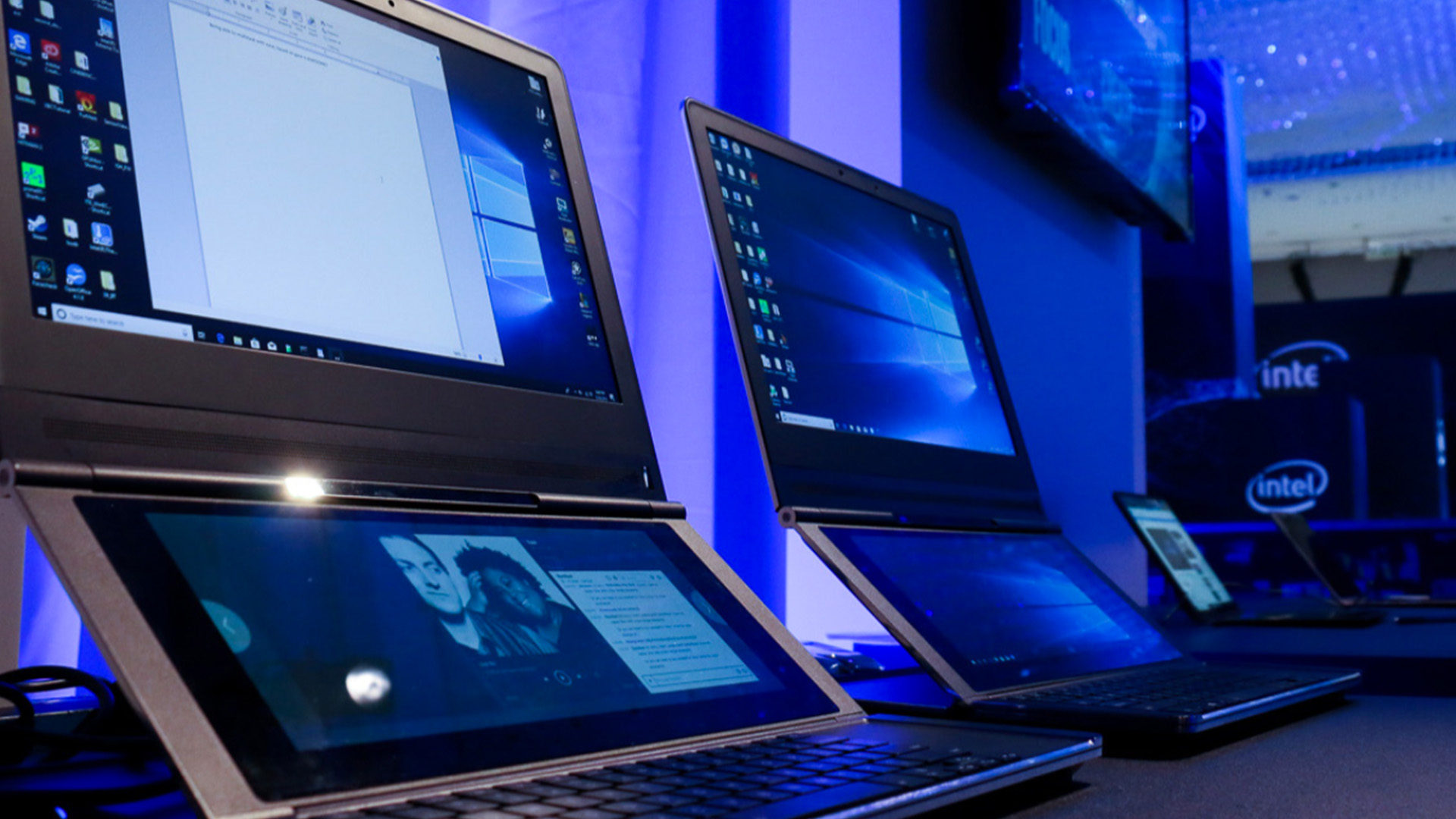 A time for transformation

Swan’s first year in charge comes as Intel transforms itself into a data-centric company, competing for a nearly $300 billion silicon market opportunity fueled by the growing need to process, move, and store exponential amounts of data. The CEO points to the automotive industry as an example where more computing horsepower is required to enable safety features for autonomous driving today and into the future. This is a market where Intel is already thriving, thanks to its acquisition of Mobileye in 2017 in a deal worth $15.3 billion.

Swan recognizes that the transmission and storage of data are growing at a faster rate than at any time in history. Intel estimates that the creation of data is increasing 25% each year, driving a 50% compound annual growth rate (CAGR) in demand for computing technology. Swan has cited Intel’s unmatched collection of assets as key to winning share in the total addressable market (TAM) for silicon by 2023.

“We believe in an expanded market opportunity (in which) we can play a bigger role in the success of our customers,” he said at the company’s Annual Investor Meeting in May. “Our emphasis is on improving execution, accelerating innovation and evolving our strong culture while making disciplined investments in pursuit of profitable growth.”

AI is a fast-growing workload for Intel, especially in the realm of the data center. Intel estimates the TAM for AI silicon in the data center is growing at a 25% CAGR and is expected to reach $10 billion by 2023. In 2018, Intel captured roughly 40% of the current estimated $4 billion data center AI silicon market opportunity, achieving $1.7 billion in revenue.

The company is currently aiming to expand its prospects with an exciting range of AI-optimized products including the new 2nd Gen Intel® Xeon® Scalable processor, programmable solutions and purpose-built chips like the forthcoming Intel® NervanaTM Neural Network Processors.

Elsewhere, as 5G ushers in the convergence of computing and communications both in the network and at the so-called network edge, Intel estimates the TAM for silicon in the network and edge realms (which includes network silicon, internet of things, and autonomous vehicles) will grow to $65 billion by 2023. In 2018, Intel’s revenue associated with this opportunity grew more than 20% to $9.5 billion.

Finally, autonomous driving is another major tech inflection that Intel is poised to lead by building on Mobileye’s strong momentum in advanced driver-assistance systems (ADAS). Mobileye CEO Professor Amnon Shashua recently told investors that in addition to providing the technology to safely power autonomous vehicles, Mobileye is pursuing new revenue streams, including the monetization of mapping data and mobility-as-a-service.

“The tailwinds we see are relatively strong,” Swan told CNBC in October on the back of Intel’s history-making third quarter results. “What we’ve experienced, though, is big purchases that then get digested over time. And I think this quarter, in Q3, has been really the first in three quarters where we saw, particularly the cloud service providers, come back and start to place demands for high-performance compute again.”

Intel has been at the forefront of computing technology for decades now, consistently keeping up with a changing industry and world. Under Bob Swan’s leadership, the iconic company may be about to enter its most exciting and ambitious era to date.