A utility company for the future

For Chairman and President, Richard J. Mark, Ameren Illinois is an energy company like few others thanks to the unique way the energy sector in Illinois has been deregulated in recent years.

Not only do customers have the freedom to choose from whom they acquire their electric supply, but Ameren Illinois and its fellow public utilities also operate under the principle of performance-driven formula rate making—enabling the company to both stay focused on its investment strategy, and benefit customers by improving electric and natural gas service reliability and keeping costs stable.

“I joined Ameren Illinois in June of 2012, about a year after Illinois passed strategic legislation aimed at modernizing the electric grid,” Mark told CEO Magazine in an exclusive interview. “It not only made our delivery system harder and more storm resilient, but it was also about looking into the future of what businesses wanted in terms of how automation and a smarter grid could bring economic development to the state. I remember telling my team that we’re going to build the grid that our kids’ kids will need and utilize 50 or 60 years from now.”

Ameren Illinois is part of the Ameren Corporation, an American power company created on December 31, 1997, by the merger of St. Louis, Missouri’s Union Electric Company and the neighboring Central Illinois Public Service Company (CIPSCO Inc. Holding) of Springfield, Illinois. Based in St. Louis, Ameren Corporation now acts as a holding company for several power and energy companies, with Ameren Illinois serving 1.2 million electric and 816,000 natural gas customers across 43,700 square miles in the southern four-fifths of Illinois. Looking at a map of the United States’ Midwest, Ameren Illinois’ footprint is larger than the state of Indiana. 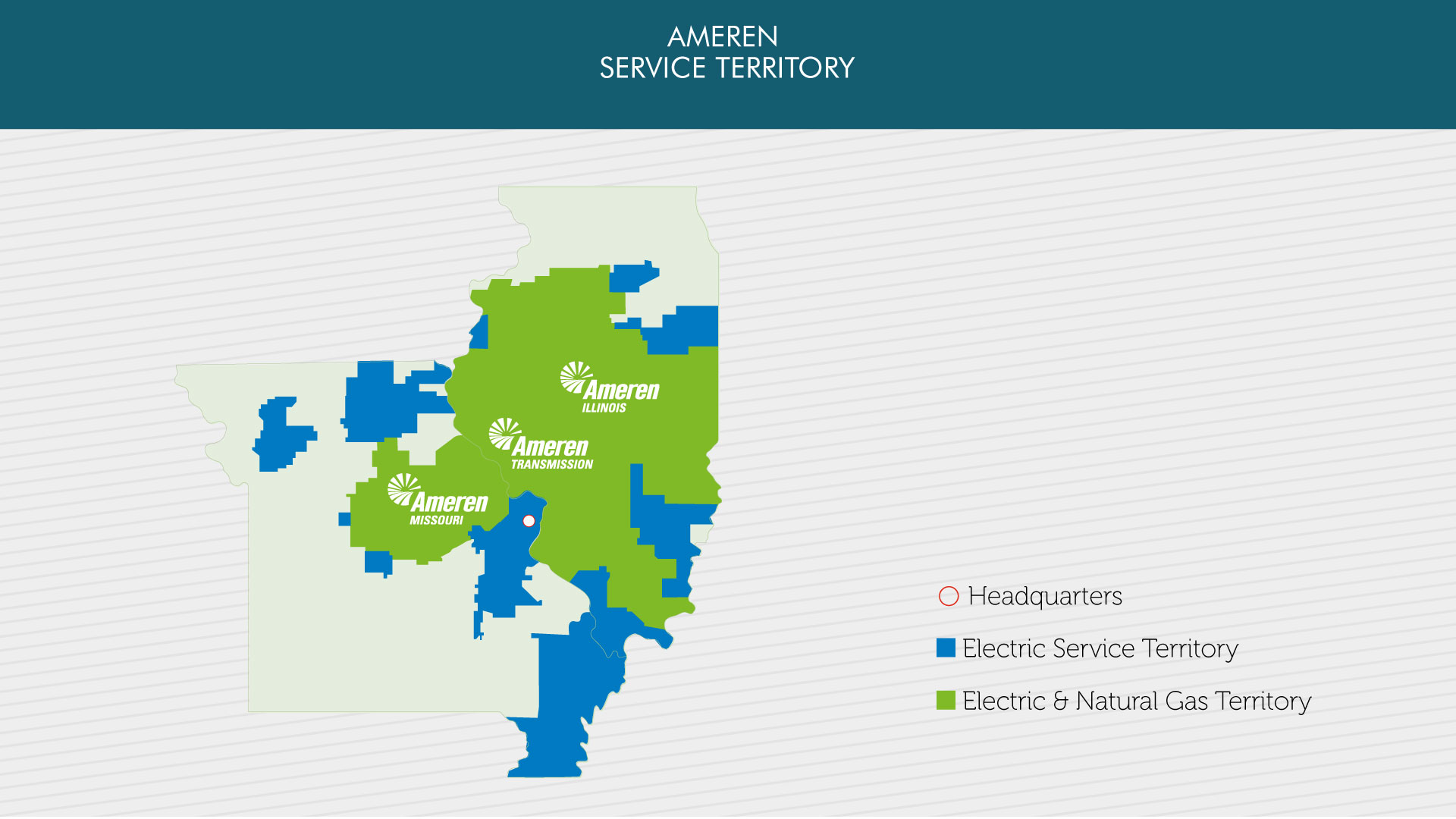 In 1995 shareholders of both CIPSCO Inc. and of its neighboring utility of twice its size, the S&P 500-listed Union Electric Company, approved the merger of the two companies, which were to then be combined as Ameren Corporation. Both of those former utilities had traded publicly on the New York Stock Exchange. At the time of the merger, Union Electric had assets of nearly $600 million and CIPSCO about $210 million. Following the merger, Union Electric began doing business as AmerenUE, now known as Ameren Missouri. Today, with nine power plants Ameren Missouri serves over 1 million million power customers and 110,000 gas customers, in Missouri, where more than half of its customers reside in St. Louis.

In 2004, Ameren acquired from Dynegy Inc. its third partner from the 1952 Midwest Power Pool system, Illinois Power Company. That utility had traded publicly on the NYSE through the 1980s, and paid dividends since 1947. As of the late 1980s, the company generated electricity and natural gas, almost entirely from coal plants, with less than 1% fueled from oil and gas. In 1991, with about $360 million in assets, Illinois Power became the subsidiary of holding company Illinova Corp. In a merger completed in 2000, Illinova Corp. became a wholly owned subsidiary of Dynegy Inc., in which Chevron Corporation also took a 28% stake. Dynegy in turn had been created in June 1998, from the merger of Chevron’s natural gas and natural gas liquids businesses with Dynegy’s predecessor, NGC Corp.

Following the 2004 Ameren acquisition of the IP utility, that subsidiary became AmerenIP. In 2010, all utilities merged to become Ameren Illinois Company.

“We cover approximately two thirds of the state, so there’s a lot of opportunities for manufacturing and industrial expansion in Illinois,” Mark explained. “One of the things companies look at when they’re thinking about expanding is whether there’s land available at a good price. Secondly, is the electric and natural gas infrastructure going to be there to meet their needs? That’s where we come into play. Not only are we making sure we have the smart infrastructure ready, but that it’s robust, reliable, and above all, affordable.” 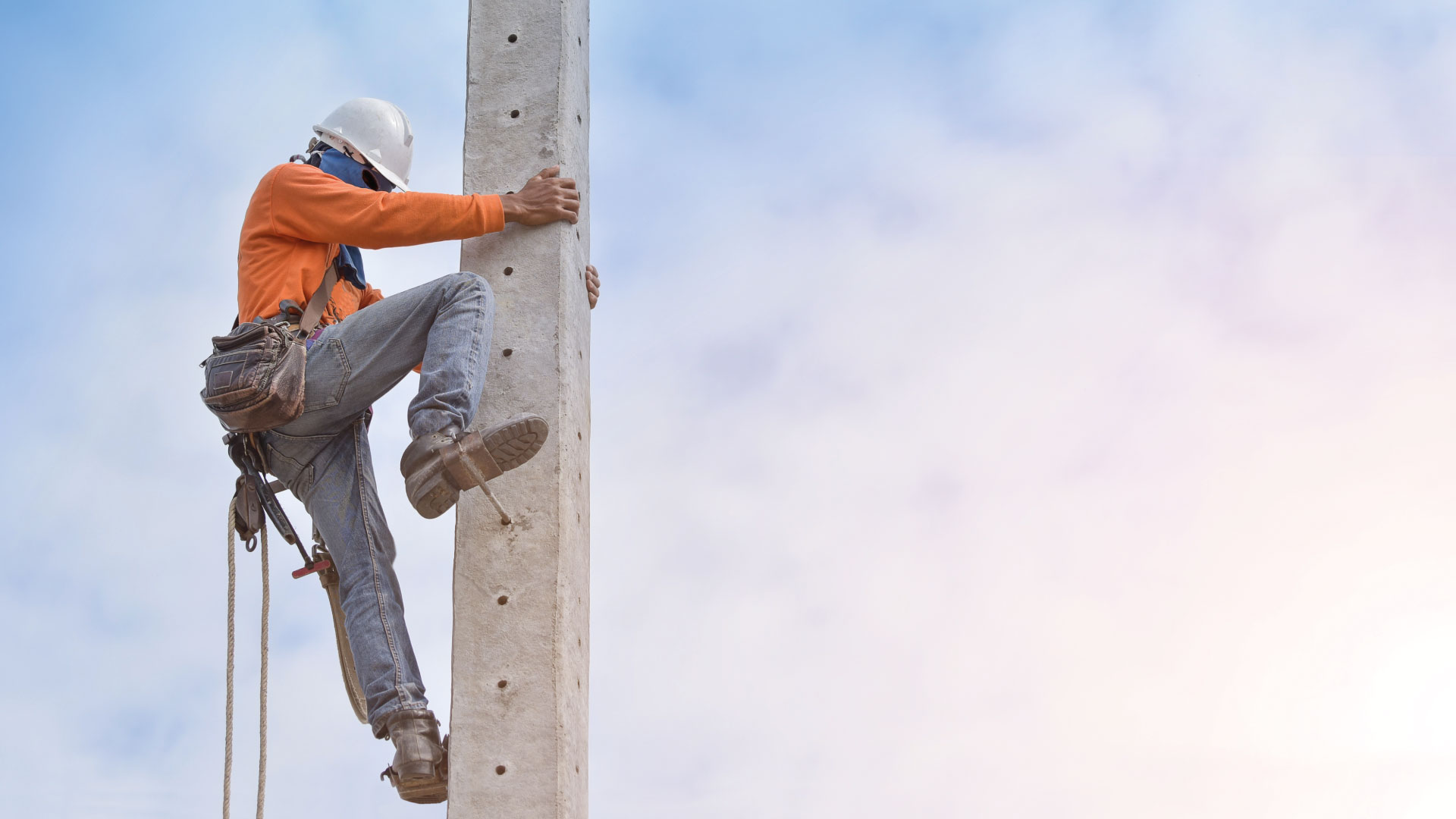 Mark credits the unique performance-driven formula rate making system in Illinois for giving Ameren the regulatory certainty to make investments in the energy grid and earn a predictable return on those investments.

“We’re one of the few states in the country that has performance-based rate reviews with the public utility commission,” he explained. “So, we have to meet certain metrics for things such as reliability, affordability, and a number of different operational objectives. And we have to make these improvements while keeping rates from increasing by 2.5% each year. If we meet these criteria, our return on equity—our profit, if you will—is based on the 30-year treasury, plus a base rate of 5.8%. That’s pretty unique in this country. We’ve made significant upgrades to the grid, and yet our all-in rates are about 20% below the national average.”

For Mark, future growth for Ameren Illinois means making smart and strategic capital investments to expand and improve its electric and natural gas infrastructure. The company’s engineering teams work with regional site development organizations to gauge what the future will hold for business and the wider economy to make sure they are making the right investments in order for their customers to have the energy resources that they need.

“For example, recently, on the eastern side of the state, one of our key industrial customers needed reassurance that our natural gas service would provide the capacity they needed to expand production,” Mark said. “It was a big factor in their decision whether to stay in that community or relocate. We were able to allocate the capital and make a strategic investment to upgrade the pipeline and keep the company, and the jobs, at home.”

Key to the viability of these investments has been Ameren’s willingness to embrace automation and digital technology to reduce its operating costs and boost efficiency. Mark pointed to everything from the use of iPads by the company’s gas and electric service workers in rural areas—to enter and update work orders and send them back to the processing department and customer service representatives in real time—to Ameren’s use of sensors to collate the information needed to detect and identify technical problems within the infrastructure and make the suitable replacements to components before they fail.

“We use drones to carrying out some power line and infrastructure inspections,” he explained. “Another exciting thing we’re doing is reducing cost and energy losses by optimizing our voltage levels. We’re finding that by installing sensors, we can moderate the voltage we deliver to our customers to eliminate line loss. In turn, their electric bills are lower and the grid is cleaner and more energy efficient.”

Nevertheless, Mark refuses to underestimate the importance of human capital to the ability of Ameren Illinois to maintain standards, grow efficiencies, and meet the needs of its customers. “You have to make sure that your team stays focused on the basics,” he said. “The basics of good communication and coordination—particularly when it comes to your field resources and how you allocate them—is absolutely crucial.” 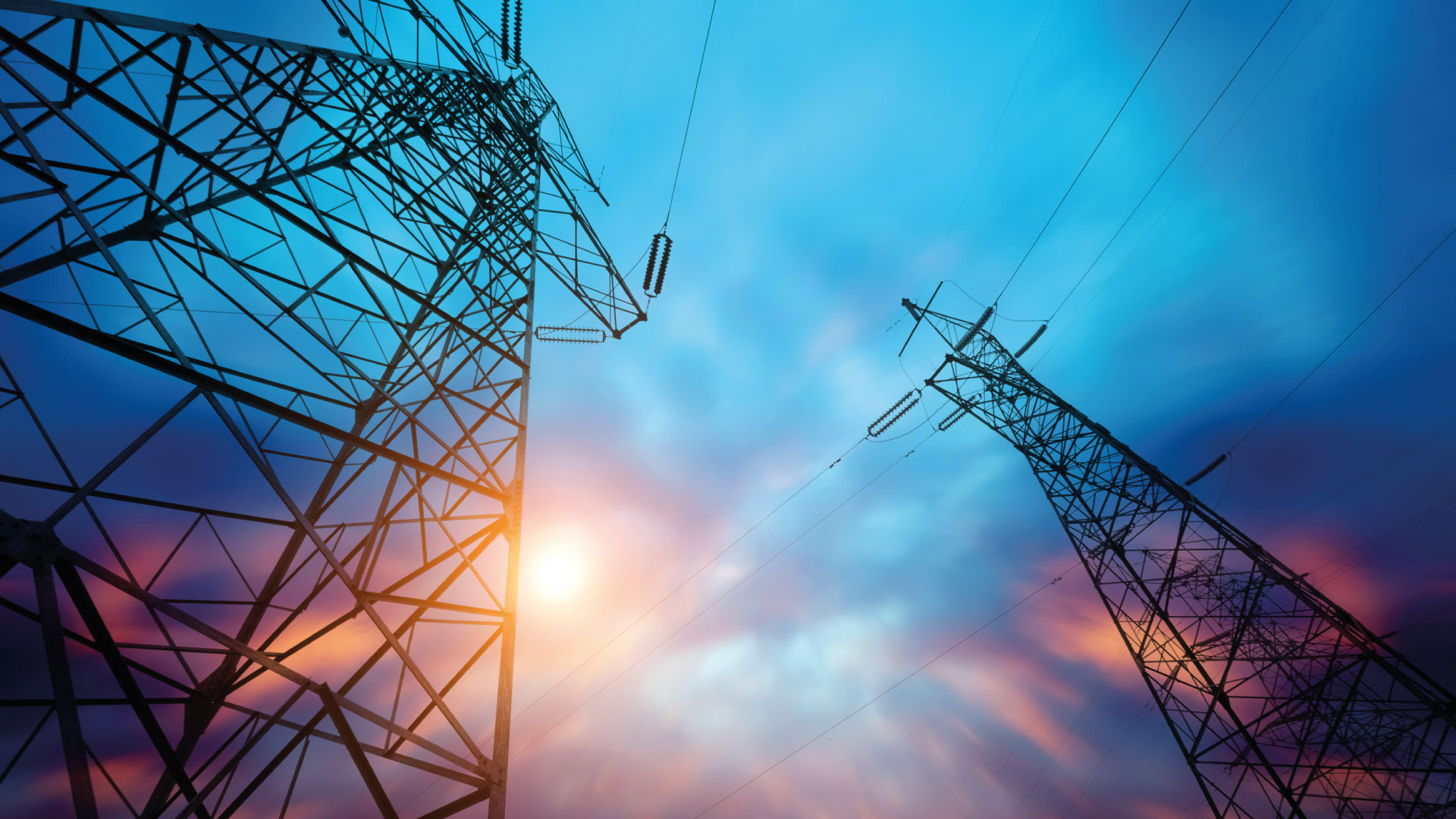 Implementing hundreds of infrastructure projects a year, as the company does, requires deployment of trusted partners that can meet Ameren’s quality standards and deliver projects on time and on budget. “One of the keys is how we manage those resources,” Mark stressed. “It requires a greater level of oversight, coordination, and project management. We have to make sure that projects are being carried out efficiently and cost effectively. That’s also where our diversity and inclusion program comes in. These investments are being paid for by customers through their utility bills, and we feel it’s very important that the companies we put out there in the field, as well as our own teams, look like the communities we serve.”

“The relationship that we have with our strategic partners is very much a collaborative one,” he added. “We recently completed a major natural gas transmission project that we would not have been able to complete without utilizing outside resources, so these partnerships are absolutely vital for us.”

Ultimately, Mark continues to believe that in the utilities industry, it is the customer that matters most—even as their needs, and those of business and the wider world, begin to change dramatically. “Whether we’re talking about electrification, or economic development in the state more generally, we’re charting a new future for the energy industry,” he stressed.