The top 10 startups in the world

The two startups with the highest valuation in the world offer transportation.

Commonly known as unicorns, these are private companies with a valuation over $1 billion. As of August 2018, there more than 260 unicorns were accounted across the world.

And according to data from CB Insights, Uber and Didi are the startups with highest value inside the market with 58.7 million euros and 48.3 million respectively.

Now it’s worth asking, who will be the next to go public. This is the ranking (by Statista): 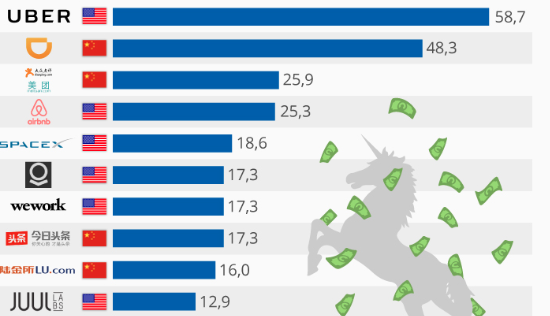 Value in Euros and billions. © Statista

4 Types of Entrepreneurship: Tips for Women to Succeed in Business

4 tips to spur rapid growth for your business

From self-funded business to millions in revenue