Millennials are helping to destigmatize therapy than any other age group or generation.

A recent study by Mind Share Partners, Qualtrics and SAP reveals that half of millennials and 75% of Gen Zers have left a job for mental health reasons. Despite that countries like the United Kingdom, Australia, Sweden, and Canada have continued to make substantial progress in awareness of mental health in the workplace, the numbers peak and peak, especially on the younger generations. 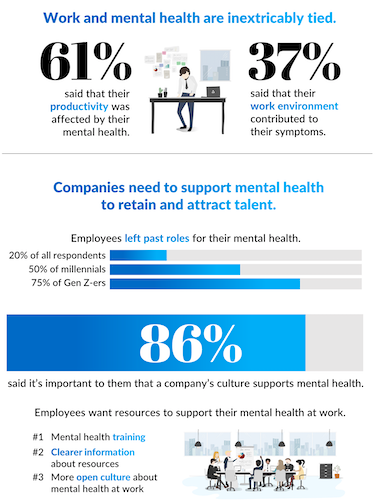 Despite that teens can have a faster diagnosis and have become more cognizant about their mental health and helping to destigmatize therapy than any other age group or generation, there’s no definitive cause of the trend, resulting in millennials seeing a 47% increase in major-depression diagnoses since 2013, lifting the overall rate from 3 to 4.4% among 18- to 34-year-olds worldwide. These alarming numbers have resulted in a large amount of deaths among the world’s teens, millennials and GenZ’s, as deaths related to drugs, alcohol, and suicide have accounted for the deaths of about 36,000 American millennials in 2017 alone, as reported by Jamie Ducharme for Time in June 2019, turning drug overdose into the most common cause of death.

Younger people are dealing with a mental illness at about three times the rate of the general population, and although they see help more commonly, there are many factors that keep nurturing the mental health decay, like less time face-to-face with others and more time on their screens, student-loan debt, healthcare, inclusion, expensive rentals, suffering from classified burnout as a syndrome, depression, and an expensive housing market are just the start of some of the worries younger generations feel pressuring them on their attempt to building their lives. There is also a clear correlation between people with debt and mental-health problems, as the likelihood of having a mental-health disorder is three times higher among those with unsecured debt, according to a meta-analysis of the Clinical Psychology Review.

Business Insider dug deeper on the topic with an article about The Great American Affordability Crisis, which is plaguing millennials and leaving them behind financially, reporting that class of 2019 is very probably the last of the millennial generation to graduate college.

Over 34% of UK adults have said to have a worryingly widespread impact of body image issues on mental well-being during a September survey by the Mental Health Foundation. The European Union has about 90,000 psychiatrists in total, with Finland leading the most per 100,000 inhabitants (23.60), followed by Sweden (23.19), and the Netherlands (22.95).

Mental health is a real problem. It’s global. Suicide is the 2nd leading cause of death among people aged 10-34 in the U.S., while its very high in Russia, South Korea, Japan, India, China, Germany, and Brazil. The larger goal of informing these matters is to create a catalyst for culture change. 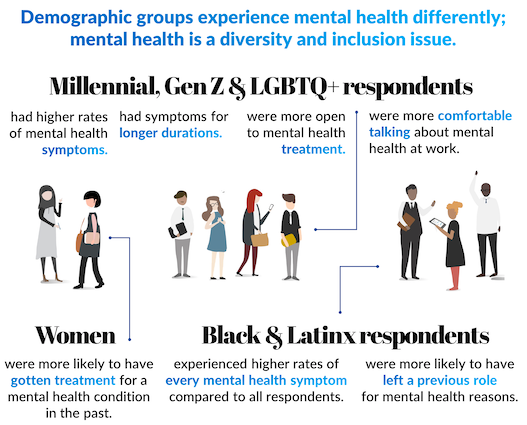