Here’s why stores still matter in the digital age.

It can feel like online buying is taking over the world, but for consumers, brick-and-mortar shopping is still important. They’ll spend almost 90% of their retail dollars in person this year, and a large portion of that foot traffic will come from webrooming. 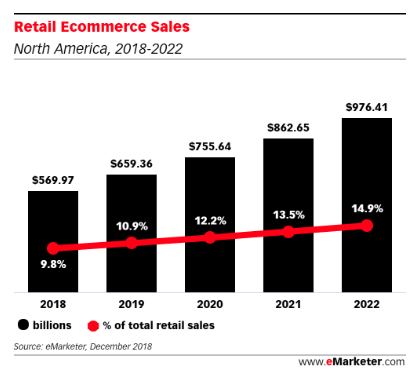 Webrooming, or researching a product online before buying in a physical store, has helped boost in-store traffic for a few retailers in particular last year.

The Home Depot also saw increased in-store traffic last year, something CEO Craig Menear credited to BOPUS (buy online, pick up in-store). “These online shoppers see the relevance of our stores,” Meanear told investors in February. Like Ulta Beauty, the company plans to expand its footprint in 2019, something it hasn’t done in several years.

Target was another success story, posting its best annual growth in more than a decade last year, an accomplishment CEO Brian Cornell said came from investing in its stores, fulfillment centers and supply chain in 2017.

Unsurprisingly, millennials are most likely to webroom; four in 10 did so during the holiday season, compared with 35% of Gen Xers and 33% of baby boomers, according to Oath. As millennials age, and webrooming continues to gain prominence, retailers will likely focus on further streamlining the omnichannel journey.