Will tech companies prevent the misuse of their platforms to influence the presidential election?

Ever since Cambridge Analytica combined misappropriation of digital assets and with strategic communication during the electoral processes in 2013, low confidence has sparked as high as ever in political campaigns, and even in the ethics of the social media platforms we use.

In fact, organized manipulation campaigns have risen more than ever, as 70 countries in 2019, up from 48 countries in 2018 and 28 countries in 2017, had at least one political party or government agency using social media to shape public attitudes domestically towards a local or general election. The 2019 Global Inventory of Organized Social Media Manipulation by Oxford University even revealed that social media has become co-opted by many authoritarian regimes in 26 countries, taking confidence to a near low-point as the November presidential elections close in. 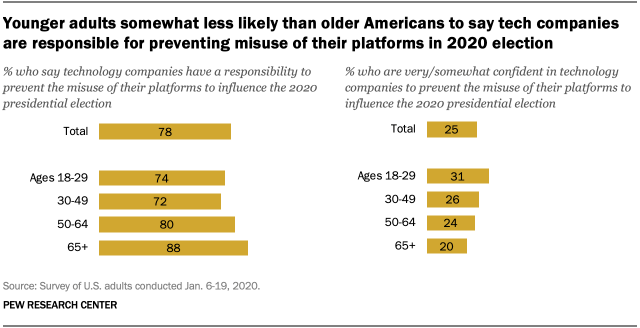 We all see the digital reality evolving around us.

In today’s world, 162 million Americans (over 50%) log onto Facebook at least once a month, voice interfaces like Siri, Cortana, Google and Alexa are getting smarter and lots of information, as well as the Internet of Things (IoT) has our devices chained and connected to our real-everyday life, making it even harder to de-attach from these trends of consumption, meaning sophisticated tech can only get smarter and attempt to pick up on our movements, track our phones, and perhaps even face scan us, so why could it not influence the elections to come?

The positive impact social media could have had on participation turned out to be negligible, even capable of creating barriers that impede some voters to participate. The bottom line is that the 2020 election is going to get very personal, writes Peter Diamandis. Imagine candidate advertisements that are so personalized that they are scary in their accuracy and timeliness. Scary. It may sound logical to restrain from social media as long as possible, but in the times of politics on Twitter, can we really expect something else?

What We’ve Learned about Fintech, Racial Equity, and Financial Inclusion

How tech offers a faster path to sustainability

The CEO’s guide to cybersecurity

How to build a bridge across the digital divide