A new era of scientific innovation has begun

In her new book, The Age of Living Machines: How Biology Will Build the Next Technology Revolution, Susan Hockfield, a former president of both the American Association for the Advancement of Science (AAAS) and the Massachusetts Institute of Technology, argues that we have entered a new era of scientific innovation in America. 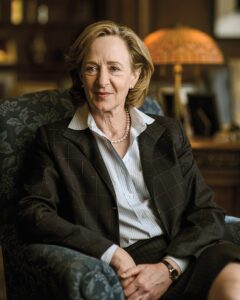 The first great wave of innovation arose during World War II, when the government concentrated its resources on developing the technology that would power rockets, aircraft, and other tools of warfare by combining physics and engineering.

Today’s innovations, says the first female president of MIT, depend on the intersection of biology and engineering. This would include developing biology-based technologies like aquaporin—water that has been purified through the injection of a protein—or self-made biological viruses that can create natural batteries.

She recently spoke to Undark Five about how biological tools can sustain our planet and the challenges for women in science and tech today, among other topics. The complete article by Hope Reese is available at FastCompany.

Undark: Why is biology so instrumental, and is it being overlooked?

Susan Hockfield: New technologies are increasingly being built out of biological parts. The idea of biological engineering, or using inspiration from biological structures to build things, has been in people’s hands and minds for a while. What’s new is the acceleration of these kinds of technologies.

Undark: Can you describe one of the most innovative technologies you’re seeing right now and how it’s making an impact?

Susan Hockfield: One of the earliest examples of the convergence of biology with engineering is the use of nanotechnology to deliver drugs. Professor Robert Langer pioneered the development of new kinds of materials that can release drugs over extended periods. That means that the dose of a drug can be more carefully controlled, and one dose can last a much longer time.

There are many emerging examples of the concept of using advanced engineering to design new methods for drug delivery and disease detection, with enormous promise. Dr. Sangeeta Bhatia has designed “synthetic nanoparticles” that detect disease-specific molecules and produce a signal in the urine (much like an over-the-counter pregnancy test). Her technology can detect tumors in experimental animals that are one-tenth the size that current detection methods can find.

Undark: As you note in the book, earth’s population is about to expand to over 9.7 billion by 2050. How can biology help solve the new demands of a larger population?

Susan Hockfield: The world’s energy needs are anticipated to double by 2050. Not only will there be more people, but if the current trends continue that larger population will be wealthier and will want the kind of energy-intensive lifestyle that we enjoy in the United States—refrigerators, cars, air-conditioning, for example. Already, our use of fossil fuels threatens our environment. The rate-limiting technology for the alternative energy technologies we love, like wind and solar, is energy storage, [which we need] to use the energy they produce when the sun doesn’t shine, or the wind doesn’t blow.

Current battery manufacturing consumes lots of energy by requiring high temperatures and produces toxic byproducts. One convergence technology that offers a more sustainable battery uses biological viruses to organize the components of batteries. These virus-built batteries, developed by Professor Angela Belcher at MIT, have a charge density and recharging lifetime equivalent to state-of-the-art lithium-ion batteries. Most importantly, they are assembled at room temperature and without toxic byproducts.

Undark: World War II, you argue, led to unexpected innovation. How would you describe our current situation?

Susan Hockfield: For the U.S., this is a very difficult and quite challenging moment. Our investments in the foundations of new technologies have fallen off. The plan to use federal dollars to fuel the next cycle of technology development and industrial growth came from Vannevar Bush’s report to FDR following World War II. FDR and Bush realized that the massive federal investments in research during the war had really changed the technology game. The idea was, could we invest in similar technologies for peace?

Those investments started a bit slowly after [the war], because FDR died, and his successors were not as committed to it as FDR had been. But when Sputnik launched, the U.S. decided that we really needed to double down on this idea of building technologies, because we were losing the space race.

Following World War II, the U.S. was essentially alone in developing the technologies for the 20th century. The other nations that could have been in that game with us were rebuilding themselves after [the war], so they weren’t playing at the same level.

But this has changed dramatically. There are many nations that already invest more, in terms of percent of GDP, than we do. China, if they’re not there today, will be there very soon. If the U.S. does not reassert our commitment to building the next innovation economy, that innovation economy will be invented by another nation.

Undark: During an interview with Charlie Rose in 2008, you closed with a message for women to “follow your dreams.” How have your views developed on this issue? And as the first female president of MIT, do you think you faced different expectations or challenges?

Susan Hockfield: I know that both men and women who have succeeded in these difficult positions by finding your way through science or through engineering or through the academy isn’t an easy path, but the people who are mission-driven are motivated to stay the course.

However, it is unconscionable that women, minorities, and perhaps men from different backgrounds, are discounted. The National Academy’s report on sexual harassment in the academy is very important. While I was president and chairman of AAAS, we convened a collection of professional societies so we could address it together. . . . The AAAS has [since] put in place a policy that allows fellows who have been found to have committed sexual harassment to lose this honorary recognition. The National Science Foundation has stepped up and now considers sexual harassment with the same seriousness that they consider scientific fraud. So, it’s a really important improvement–there have to be consequences.

One of the pieces that still is sorely lacking is that we often talk about the importance of not just mentors but sponsors. And we need men to join the force rather than it being women against men. We need to develop a fighting force that will call out inappropriate behaviors. We’re working a lot at MIT on bystander interventions. Give people words to say what they see. We need a social change.

But look, there’s no question that many people were skeptical, let’s just say, that a woman could be an effective [MIT] president. I know my science was discounted because of my being a woman. Because of not having the right pedigree. But probably more disruptive for MIT was the fact that I was the first biologist president. That probably raised a higher level of skepticism than being the first woman president.