The spark that ignites startups

James Marshall Reilly is a tireless entrepreneur who, after a long career in media, politics and the arts, is dedicated to catapulting startups through Ignite Spark.

What do Salman Rushdie, the famous author of The Satanic Verses, and Bob Geldof, leader of the British band Boomtown Rats and creator of the legendary Live Aid fundraiser, have in common? Both were represented by James Marshall Reilly, recognized by the UN in 2012 as one of the 100 best entrepreneurs under the age of 35 and one of the main speakers at Mexico’s Digital Economy 2019 forum, focused on publicizing alternatives for the future for the benefit of society.

Reilly is convinced that first of all, businesses must be productive, something he knows all too well because he has become accustomed to generating six-digit profits in many of them.

However, Reilly is also clear that if businesses can also bring social benefits, they provide the perfect one-two punch, which is why he was given the task of devising a technological platform that would interconnect small companies with investors eager to inject capital and provide them with a senior management team capable of guiding them in the right direction.

Reilly has described Ignite Spark as an interconnection ecosystem; like a spider web with different parts that join up in the center.

“Fifty percent of the platform operates online and 50% is composed of offline experiences that include conferences and live events, because we don’t want to be a Facebook or LinkedIn that is limited to the online world,” Reilly, the COO of the company, has said.

Together with Paula Desentis, his partner in the project, Reilly is channeling Ignite’s efforts towards Latin American markets after having already consolidated a solid presence in regions distinguished by the startup boom, such as China and Israel.

Although Ignite is still at the launchpad stage, its platform already has a critical mass that exceeds 100,000 users, and a substantial series of contracts with universities, governments, and business ventures that will enable it to consolidate itself as a high-impact social network.

Through Ignite, startups receive tools that allow them to diagnose the company, visualize the future, and map strategic allies. In this, the experience of the founding partners has been a determining factor to ensure that the company’s launch had the necessary credibility—combined, they boast business portfolios of high strategic value after years of experience in different industries.

“Paula Desentis and I have worked in the media field for a long time, which has allowed us to create very good connections with capital companies, and what we do is join our networks and see the opportunities we have to create something new and capable of connecting people,” Reilly, author of the bestselling Shake the World, published by Penguin Books in 2011, explained. 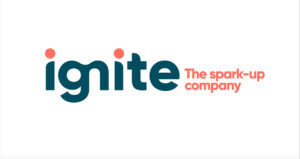 In Shake the World, Reilly interviews a series of innovative entrepreneurs dedicated to leading projects with social value, like Tony Hiseh (Zappos) and Blake Mycoskie (TOMS), among others. It is precisely in this area that Ignite develops its business strategy by creating an economic-social network that intertwines high-impact companies (in markets that face strong challenges, such as Latin America) with those investors interested in supporting their causes.

Reilly believes that this intelligent digital platform, which allows startups to be intertwined with their potential investors, joins the wave of innovations in the market that have transformed industries, as Uber or Airbnb did in their time; the first joining car owners with people needing to travel, and the second, linking property owners with people seeking accommodation. Both born of a disruption that revolutionized the standards of the taxi and hotel industry, respectively, but also opened the doors to a new era in business.

Ignite’s strategy includes an in-depth analysis of data for the development of projects focused on saving, productivity, and the positioning of companies. To this are added trips to the major Silicon Valley hubs to learn about new trends in the business world, and assistance building alliances with investment funds for capital injection.

Ignite operates in the midst of an environment in which the planet’s business ecosystem is responding to growing demand from the Millennial generation as companies offer employees the possibility to develop their professional skills in places where they feel proud to belong for its purpose of social awareness and sense of responsibility surrounding the environment.

“I am millennial and I noticed it in myself,” Reilly has said. “As the children of the Baby Boomers, who lived in the eighties when altruistic projects were very popular. The logical step for us was that, instead of launching such an agency, why not start a business with meaning, and I think social networks have a role to play in that.”

Contrary to the general opinion that millennials commit little to their jobs, Reilly assures that this generation of workers is pushing the sustainability of businesses in terms of their life cycle and generating a better retention of talent for the benefit of their companies’ profitability. It is no coincidence that courses on Corporate Sustainability and Sustainable Life abound in universities such as the Massachusetts Institute of Technology (MIT), among many others.

To summarize, and proud of the role that Ignite plays in the contemporary business ecosystem, James Marshall Reilly emphasizes that his company is a platform that meets the needs of today’s global economy and connects two sides of the same coin: startups and medium-sized companies, with investors and large corporations. “It is the funnel that makes this happen because, at the end of the day, Ignite connects people,” he has said.

Inflation is the world’s biggest worry, according to a new poll