How to help customers get a job done

Any service company that doesn’t plan a digital component should certainly start soon.

Every successful company owes its success to its business model.

I explained this in an article that was published in Harvard Business Review in 2008, before any of those companies began, and, now, ten years later, that still holds true, as more and more of the business discourse is focused on digital transformation.

A digital platform, or a digital solution, may enable a new epoch of transformative growth, but when you get under a company’s hood and look to see what’s really driving it, the engine of transformation turns out to be its business model.

It starts with the Customer Value Proposition (CVP), which is a way to help customers get a job done. The more important the job, the lower the level of satisfaction with other companies’ attempts to solve it, and the better and cheaper your solution is than theirs, the more potent your CVP.

The second element is a Profit formula, or how you create value for yourself while providing value to a customer. There are four essential elements to the formula: revenues, cost structure, margins, and resource velocity. The best way to create a pro t formula is to work backwards, either starting with the price for lower cost businesses that is required to deliver the CVP and then determining what the cost structure and other factors need to be, or in the case of highly differentiated businesses, start with the needed cost structure and margins that lead to the required price.

Key Resources are the assets that are required to deliver the CVP to the customer at a profit, meaning the people, technology, products, facilities, equipment, channels, and brand.

Key Processes are the operational and managerial capabilities that allow a company to deliver value in a way that can be repeated and scaled. These include manufacturing, budgeting, planning, sales and marketing, and customer service.

Successful business models have an exceptionally strong CVP, and a stable, scalable system in which all the elements mesh together seamlessly while complementing each other. As simple as this framework may seem, its power lies in the complex interdependencies of its parts. Major changes to any one of these elements affect both the others and the whole.

Mature companies often look wistfully at successful startups like 2009’s class of unicorns and wonder if they can reinvigorate themselves by adding a digital component to their existing business model, in the way that clamping an outboard motor onto a rowboat makes it go that much faster.

But what made each of those companies so valuable wasn’t their digital auspices—it was their powerful CVPs, which investors believed they could deliver at pro t and at scale. Being able to hail a car with your smart phone (a car that is driven by a self-employed contractor, who pays for most of the overhead by him or herself.) An instant messaging system that also allows for collaboration at work. A social media site that allows its users to visually share their interests with each other (and with advertisers, who sponsor content and pay for user data.)

For an example of digitally-enabled business model transformation, consider Domino’s Pizza, which has experienced a massive turn-around since 2010. Forbes hailed it as a veritable case study “on how digital transformation leads to business value.” That Domino’s has undergone a transformation cannot be disputed— an investor who bought $1,000 worth of Domino’s shares in 2008, when it was on the brink of bankruptcy, would be able to sell them for more than $80,000 today. By comparison, $1,000 of Chipotle stock purchased the same year and sold at its peak in 2015, before the e-coli scare, would have only been worth about $5,000.

Along with introducing product innovations such as improved recipes and new menu options, Domino’s improved its processes around ordering and delivery by bringing its e-commerce technology in-house. Today, more Domino’s pizzas are ordered via digital devices than by phone.

But digitization was just the first step in Domino’s transformation. As it improved its online and mobile platforms, it introduced heavily-advertised features such as pizza profiles, which allowed users to order more easily, and loyalty programs, which boosted frequency of use.

Domino’s transformation was enabled by its online store-front, but it worked because it successfully attracted and retained new customers while turning occasional customers into dedicated fans, at the same time that it extracted more value from each transaction. More than that, it changed its branding and its relationship with its customers by making the experience of ordering a pizza fun—which was the missing piece in Domino’s old CVP. Now customers can play “Pizza Hero” on their iPhones after entering their personalized orders, or watch a clock click down the time to their pizza’s delivery. 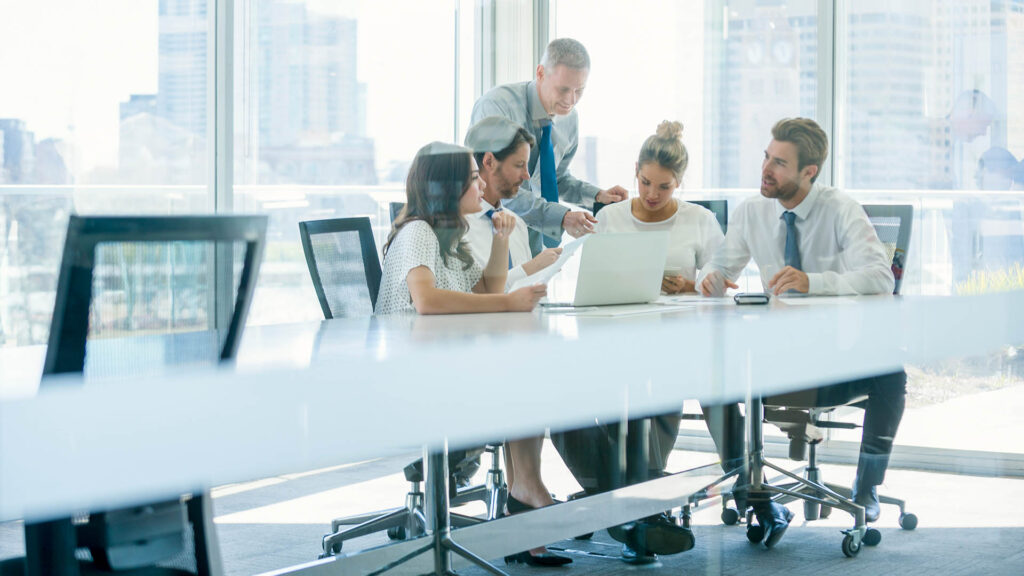 Building its own digital platform was a game-changer for Domino’s, but it’s not the whole story.

Domino’s succeeded by strengthening its CVP (adding more in the way of both convenience and fun), its Profit Formula (by increasing its volume and its re- source velocity), and by upgrading the resources and processes that it needed to support them.

Any consumer or service company that doesn’t have a digital component certainly should; this is 2019, after all. But the key to transformational growth is still a powerful and coherent business model.

Mark W. Johnson is the co-founder and senior partner of the strategy consulting firm Innosight and author of the new book, Reinvent Your Business Model: Seizing the White Space for Transformative Growth (HBR Press, 2018).