Not a single refugee was resettled in the US during October 2019.

According to a recent World Relief press release, not a single refugee was resettled in the US during October 2019. This comes as the Trump administration is cutting the overall number of refugees permitted in the United States and tightening requirements for entry, resulting in hundreds of canceled flights and yet more uncertainty for the thousands of refugees hoping to resettle in the US, and according to Quartz, there couldn’t be a worse time for it, as all across the world there is a refugee crisis to attend.

Quartz reports that while states are barred from expelling asylum seekers or returning them “to any country in which they would face persecution,” they are under no legal obligation to accept any number of refugees. In the mid-1960s, the early years of modern refugee programs, according to the Center for Migration Studies, the US representative to the UN described the proper, legal treatment of refugees and asylum seekers as a “credit” to the US, rather than “a burden.” In recent years, however, the US government has come to see these obligations as a humanitarian headache—one that places an undue toll on US taxpayers.

The U.S. received the largest number of asylum applications in the world at 254,300 in 2018, but it’s not a record high. A majority came from El Salvador. 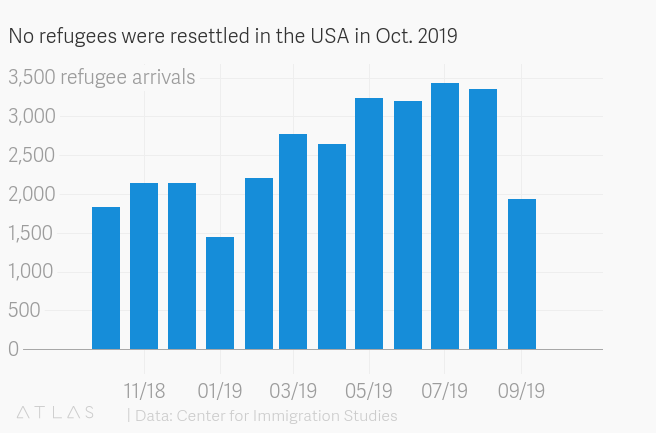