The impact on ecommerce retail spending has not been felt evenly across the world.

Ecommerce has been a bright spot among retail channels during the coronavirus, as consumers became reliant on digital transactions amid physical store closures and fear of infection. However, the impact on ecommerce retail spending has not been felt evenly across the world.

While some regions experienced tremendous growth in certain sectors of retail, we have adjusted our ecommerce estimates down to $3.914 trillion, as the deceleration of global retail in 2020 has surely impacted overall global retail sales. 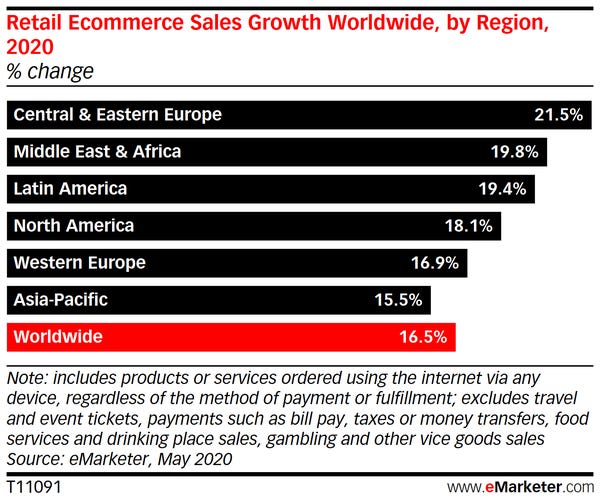 In the Global Ecommerce 2020 Report, eMarketer explores where certain countries and regions are expected fall in respect to retail ecommerce sales, how the pandemic has shaped our estimates, and how ecommerce will fair both globally and nationally for the remainder of the year.

Here are some key takeaways from the report: