Roughly 33.6 million people do not have access to paid sick leave.

For many people, access to paid sick leave is as big a worry as empty supermarket shelves.

The privilege to paid sick leave is nearly universal among teachers, with 96% able to avail of the option, along with 94% of those in management, business and finance positions, while it is lower among workers employed in sales, 64%, while it stands at 59% among those working in construction, extraction, forestry and fishing. Paid sick leave is much more common in the public sector than in private businesses. 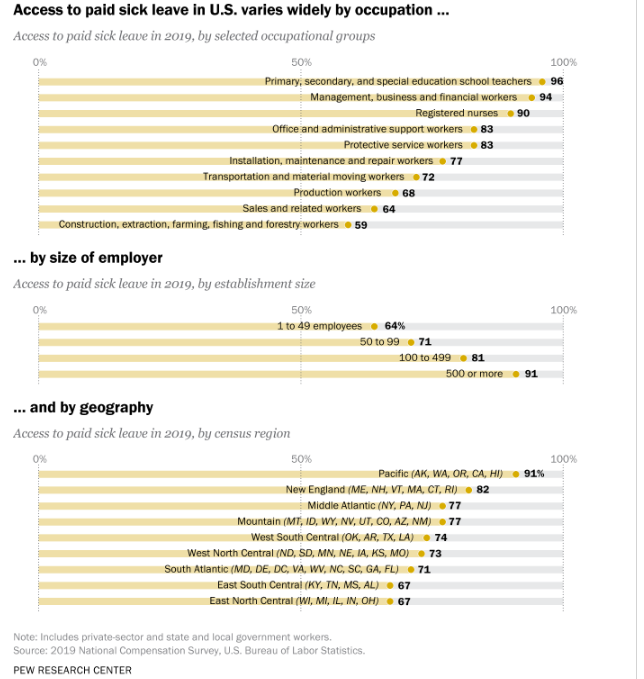