The woman driving the automotive industry

The first female CEO in the US auto industry, Mary Barra, is looking towards the future of mobility for General Motors.

During more than three decades working in the traditionally male world of the auto industry, Mary Barra has gotten used to glass ceilings—and the feeling of crashing through them. Barra was elected Chairman of the GM Board of Directors in 2016 and has served as CEO since 2014. Through these appointments, she has become one of the highest-ranking women leaders in the automotive industry and the business world more generally.

General Motors Company, commonly referred to as General Motors (GM), is a U.S. multinational corporation headquartered in Detroit, Michigan, which designs, manufactures, markets, and distributes vehicles and vehicle parts, and sells financial services. The company is the largest automobile manufacturer in the U.S. and one of the largest in the world. As of 2019, GM was ranked 13th on the Fortune 500 rankings of the U.S. corporations by total revenue. GM manufactures vehicles in 15 countries with its brands including Chevrolet, Buick, GMC, and Cadillac. Annual worldwide sales volume reached a milestone of 10 million vehicles in 2016.

Yet as a new decade dawns, the iconic company is moving with the times, embracing new technology and a commitment to protecting the environment. “We have the ambition, the talent, and the technology to create a world with zero crashes, zero emissions, and zero congestion”, Barra has stated. “Our future depends on responsible stewardship of the earth, and we continually seek creative and innovative solutions for the environment. Our policies and technologies promote a cleaner planet from supply chain to manufacturing to the vehicles we put on the road.”

Under Barra’s leadership, GM is envisioning a world with zero crashes, thus saving lives; zero emissions, so future generations can inherit a healthier planet; and zero congestion, so customers can regain one of life’s most precious commodities–time. While this may sound ambitious, it is undoubtedly the direction in which the industry is headed. “I believe the auto industry will change more in the next 5 to 10 years than it has in the last fifty,” Barra remarked during a recent public address.

As the first woman to head a global automotive manufacturer, the 58-year-old Barra replaced Dan Akerson, GM’s former chairman and CEO, who decided to bring forward his retirement because of his wife’s illness. Akerson’s departure triggered a series of changes on the top floors of the Renaissance Center, GM’s corporate headquarters in downtown Detroit. Dan Ammann, the CFO, for instance, became the firm’s new president—a move that also led the company to search for new talent from outside (Ammann was replaced by Dhivya Suryadevara, a financial analyst who was named among Fortune’s 40 under 40 in 2018.)

Barra’s landmark appointment as CEO had been rumored for months and Akerson did little to hide his respect for the GM veteran. In a conference call with reporters he said that seeing Barra approved unanimously by the firm’s board was a little like “watching your daughter graduate from college.” Notably, when asked how Barra might fare in a company traditionally known for its old-boy mentality, Akerson insisted that “that perception is quite dated.”

In fact, GM has a fast-growing cadre of top female managers, including six on the board of directors and 20% among the company’s top directors. Elsewhere, a full quarter of its factory managers are women. Yet another female leader, Pamela Fletcher, runs the firm’s crucial electric vehicle program. Still, according to Akerson, Barra was not selected simply because of her gender. “She is one of the most gifted execs I’ve met in my career,” he asserted.

The GM that emerged from Chapter 11 bankruptcy protection in 2009 was run very differently to the way the carmaker was managed in the past. According to Dan Akerson, the situation required as much of a high EQ, or “emotional quotient,” as a solid IQ. To this end, during his nearly four years at the helm, Akerson gained a reputation for focusing on team leadership rather than top-down management.

A decade later, Mary Barra is primarily focused on strengthening GM’s core business of making great cars, trucks, and crossover models, while also working to lead the global transformation of personal mobility through advanced technologies like connectivity, electrification, autonomous driving, and car sharing. She has also established a key strategic direction for the company based on putting the customer at the center of everything GM does.

“It’s a marathon, not a sprint,” Barra has said publicly on her business philosophy. “I actually feel like I come to work stronger when I’ve had a little time on the weekend to step away from it and enjoy my family and other things. I come back energized. If people think they’re going to work 24/7, week in and week out, they’re not bringing their full strength to the table.”

The next challenge for Barra may prove more difficult, however. “There was a point in time where we were everywhere for everyone with everything,” she said in a recent interview. “We had to say, ‘OK, where are we deploying capital that’s not generating appropriate returns?’ Once you start to believe in the science of global warming and look at the regulatory environment around the world, it becomes pretty clear that to win in the future, you’ve got to win with electric and driverless vehicles. This is what we really believe is the future of automotive industry.”

Barra is adamant that GM will sell a million electric vehicles a year in the near future, while lowering costs and gaining an economy-of-scale edge that Elon Musk’s Tesla Inc. would envy. As far as the market for autonomous driving, Dan Ammann, CEO of Cruise Automation, believes a small group of companies will divide a trillion-dollar market. This is the potential that has Barra risking so much. Barra seems prepared for anything. When GM was planning its controversial November 2018 announcement that it would slash jobs by 15% and close plants, management didn’t even make a plan to have its Washington staff do preemptive damage control with the Trump administration or the Michigan and Ohio congressional delegations. On the contrary, Barra calculated that she needed to withstand the heat in order to prepare GM for a near-term downturn and long-term upheaval—and, eventually, if all went to plan, success.

“It’s hard when you’re in the focus of all the criticism, you have to stay steadfast,” she told Bloomberg last year, without mentioning Trump or the carmakers’ union specifically. “One of the things I learned (during) the bankruptcy is, if you have a problem or a challenge, it never gets better over time, you have to address it. Once you know what you need to do, you need to do it.” 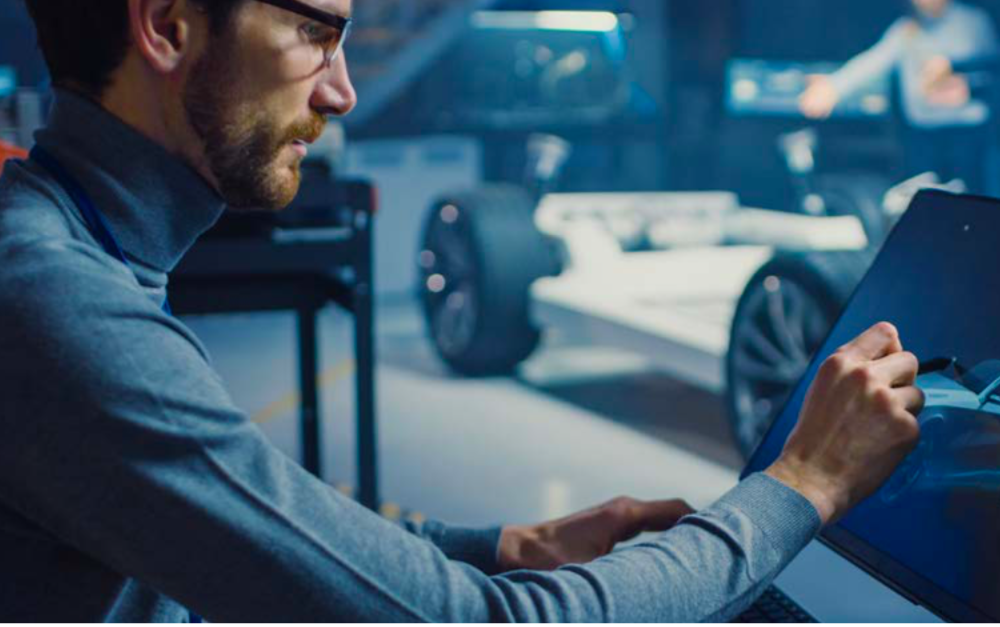