When Steve Rendle became CEO of VF Corporation in January 2017, the experience he had gleaned in his prior role as President and Chief Operating Officer of the company meant that he already understood many of the challenges facing both the company and the apparel and footwear industry as a whole at that time. The key, for Rendle, was quickly evolving the company not only in tune with the marketplace, but also with a sharp focus on the consumer.

“During that time, the marketplace, specifically the consumer apparel/footwear market here in North America, faced some challenges, and our business slowed significantly,” Rendle told CEO Magazine in an exclusive interview. “Some of the issues were market driven; others, as I saw it, were self-inflicted. Yet that’s also where the opportunities resided. We spent 2016 working directly with our board on what our strategic evolution needed to look like. What aspects of our current model were strengths and where were the opportunities for us to evolve and move with the marketplace?

“Consumers had really shifted in terms of how they were transacting with brands and retailers, and we needed to shift a 100-year-old company that was in very good shape, if not best in class, insofar as how we managed our wholesale, manufacturing business model,” he elaborated. “But the consumer changed the equation, and we needed to become more consumer-minded, more retail-centric in how we operated and bring in a level of digital integration that would streamline how we work.”

VF Corporation is a U.S.-based worldwide apparel and footwear company founded in 1899 that recently moved its global headquarters to Denver, Colorado. The company’s more than 20 brands, which include major names like Vans, The North Face, Timberland, and Dickies, are organized into three categories: Outdoor, Active, and Work. In 2019 VF had revenues of $13.8 billion.

In March 2017, shortly after Rendle took over as CEO, VF rolled out a new strategy to the investor community that centered on making the company more nimble, and in Rendle’s words, “put the consumer at the center of everything it does.” This involved changes to its retail and digital strategies, as well as embracing a purpose-led agenda, an element that he believes was crucial in adjusting to new market conditions.

“We could see that consumers were really migrating toward companies and brands that had a purpose,” Rendle highlighted, describing a “purpose-led, performance-driven, value-creation mantra” that would change the internal conversation at the company. “We brought forward a focus of putting purpose on a par with our performance-driven culture as the way of delivering value not just to our shareholders, but really elevating the conversation with a broader set of stakeholders as well.”

According to Rendle, VF’s current strategy is based on four central pillars: driving and optimizing its portfolio of brands; expansion in Asia, the largest and fastest growing market on the globe; elevating the company’s direct retail channels, both in the digital and bricks and mortar environments; and finally, executing the aforementioned transformation to a more consumer-minded, retail-centric and hyper-digital company, which would affect everything from VF’s go-to-market model to a seamless integration of consumer touchpoints.

“We have a significant opportunity in Asia, and in many ways, we are underpenetrated in comparison to our peers,” Rendle said. “We’ve seen outsized growth in the region in the last 10 years because they know that when VF makes a commitment, we will absolutely follow through and deliver.” 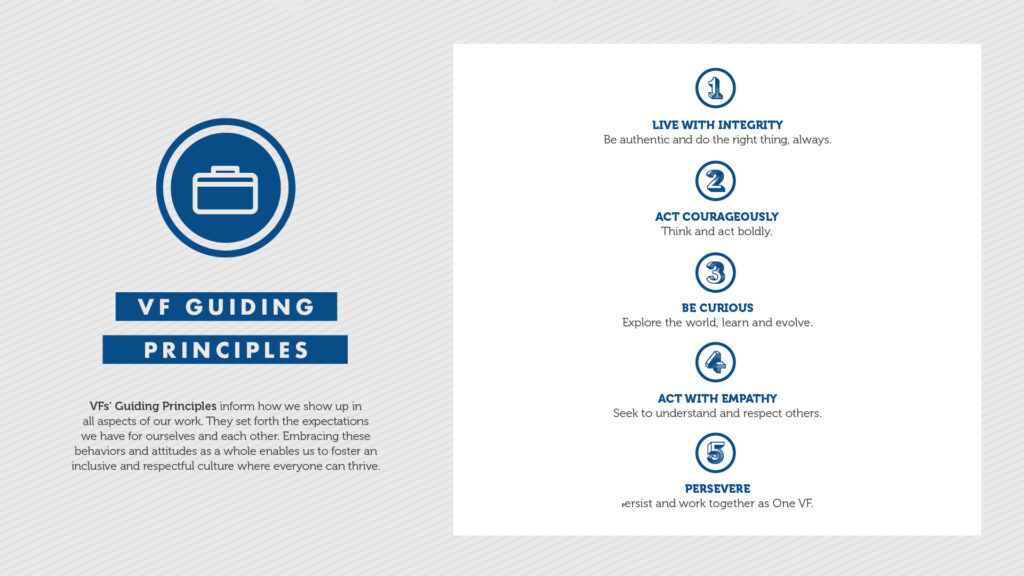 Rendle spoke passionately about the notion of operational excellence at VF, describing a dynamic matrix system through which the company is able to create common best practices and link them to common systems with a view to driving efficiencies and cost benefits–whether it involves VF’s supply chain and operations team, or its technology and finance teams.

“By connecting the critical support functions to our brands, which are asked to be fully in charge of their business—understanding the consumer, driving the product and experience, driving that digital and brick and mortar connectivity, and those wholesale relationships—this is how we deliver value, by merging the back end with the front end focus,” he emphasized. “Enterprise collaboration is probably the area where we’ve been putting the most focus in really breaking down those silos and creating a more integrated approach to our work. And the transformation effort I mentioned is about activating an integrated strategy and doing it in a way in which we have multidisciplinary teams working on specific projects and looking for where the overlaps are, where there is work that frankly we don’t need to be doing anymore, and how we find greater collaboration and efficiencies overall.”

Rendle cited the physical environment of VF’s offices as key to enriching the spirit of collaboration he is looking for. VF recently moved its headquarters to a single location in Denver with a view to creating a greater atmosphere of collaboration and synergy by combining brand and corporate teams under one roof.

“We brought the outdoor brands—The North Face being the largest–and co-located them with our enterprise teams,” he elaborated. “That connection is about better understanding each other’s strengths and identifying and pursuing new opportunities together.”

A broad set of stakeholders

Rendle returned to the concept of the stakeholder—which he views as including employees, consumers, and local communities—as the key driving force behind VF’s new purpose-led vision. “We’re a product driven organization through our brands, but as I step back, the most important point for us is the people we attract and the environment we create for them to bring their best selves to work and to really engage and deliver on our vision of long-term success for VF,” he stated. “The culture that we foster across the globe and the leadership focus we have is really about helping our people find their path and maximize their potential. In the world we live and work in today, it’s about being ready for and constantly open to change.

“Where is the consumer going? What is important to them? Where can we drive value to a point that really engages both our employees and our consumers in our mission? And then being able to bring that into our strategy and be willing to evolve. We have to be willing to take the best of the past and bring it to the needs of the future while constantly having an execution mindset.” 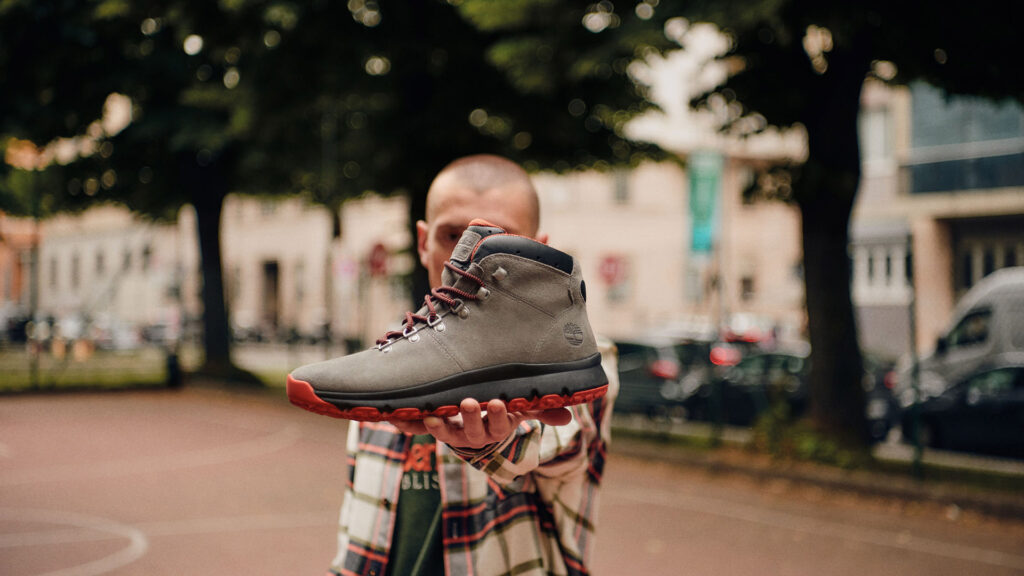 VF Corp. recently announced plans to purchase Supreme, the skateboard and streetwear brand, in a $2.1 billion acquisition deal set to be completed before the end of the year.
According to CNN Business, Supreme was founded in a New York skateboard shop in 1994 and has become popular with skateboarders, hip-hop fans and other Millennial and Gen Z youth cultures. In 2007, the Carlyle Group acquired half the company for $500 million. Over the years, VF and Supreme have routinely collaborated on products for VF’s North Face, Timberland and Vans apparel lines.
VF CEO Steve Rendle said in a statement his company is the “ideal steward” for Supreme’s unique brand and can provide it with the resources and insight “to enable sustainable long-term growth.” “We are thrilled to welcome Supreme to the VF family and to build on our decades-long relationship as we create value for all of our stakeholders.”
Tags: CEOCEO NorthamPrinted issueSteve RendleVF Corporation

Risk oversight and the board: navigating the evolving terrain