Under CEO Doug Friesen, SANY America is looking towards building a global brand

SANY Heavy Industry has long reigned the Chinese marketplace, but with CEO Doug Friesen, its American subsidiary is achieving globalization.

When Doug Friesen took over as CEO of SANY Americas, the US subsidiary of Chinese multinational heavy equipment manufacturer SANY Heavy Industry Co., Ltd, he saw a company with an extraordinary range of products but which wasn’t getting a lot of recognition or market penetration on account of its newness to the North American marketplace. As such, his principal goal was to develop a great brand image around those already fantastic products.

“SANY had been evolving over the years and getting better year on year with each product line in terms of higher quality, better aesthetics, and higher operational value,” Friesen told CEO Magazine in an exclusive interview on the challenge that stood before him. “I saw the opportunity to take a great product and develop a great brand image. If the product is bad, you can’t fake your way through. But Sany had a great product, they just didn’t have the brand image.”

SANY Heavy Industry Co., Ltd. is a Chinese multinational heavy equipment manufacturing company headquartered in Changsa, Hunan Province. It is the third-largest heavy equipment manufacturer in the world and the first from China to make the FT Global 500 and the Forbes Global 2000 rankings. SANY is especially known for its concrete machinery, for which it is ranked No.1 globally, and also is a major manufacturer of excavators, cranes, wheel loaders, and other heavy machines. SANY trades on the Hong Kong and Shanghai stock exchanges and in 2019 enjoyed global revenue of US$10.7 billion. “I would say that SANY is a bit different to your average Chinese company,” Friesen said on the challenges and opportunities that face SANY in the global marketplace. “A lot of Chinese companies are state-owned enterprises. SANY is a company that was privately owned by our chairman, Liang Wengen. We’ve since gone public and I would say we have a different mentality to many others. I think the advantage we have is an entrepreneurial spirit. We act very quickly on opportunities as they become available.” 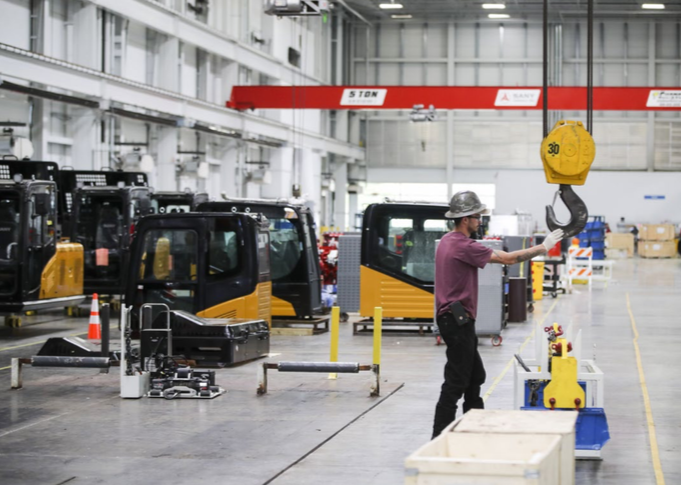 Upon becoming CEO of SANY America, Friesen saw a desire by the company leadership to become a truly globalized company. Having already made inroads into the Middle East and Africa, SANY is currently focused on establishing a footprint in more developed markets such as North America, Europe, and India, an initiative that inevitably involves adapting to different business and cultural environments according to the region.

“SANY is starting to reorganize for globalization, they’re starting to put people in place, and they’re looking to grow outside China,” Friesen explained. “From a North American perspective, the idea is to continuously improve our brand image and find new distribution channels with a view to gaining market share. The way that SANY Group supports this growth is they listen to their customers so we can get the feedback into our original design and meet the specific market demands of the region in question.

“One of the great advantages we have is that we are totally localized,” he added. “The management group in the US is entirely American and we began introducing manufacturing here about a year ago. I worked for Toyota for several years so I have a strong background in Toyota production systems and we’ve taken that focus on efficiencies and lean thinking and employed it into our assembly and manufacturing operations with a view to becoming a true American company. That’s part of the strength of the company—having local operations with local leadership.”

Around ten years ago, SANY Group embarked on a philosophy of Quality Changes the World through which they sought out only the highest quality components for their manufacturing operations regardless of their country of origin. According to Friesen, this has enabled SANY to deliver products whose entry level pricing is lower than the competition by offering complete machines instead of individual pieces as is customary.

“The other thing we are finding that’s of real value is that when these machines were originally designed in China they were running 24 hours a day seven days a week and so they had to withstand that kind of duty cycle,” he elaborated. “In North America, we’re only working five days a week. So our machines simply don’t break down, they’re very tough, very sturdy. As a result, warranty costs are lower. In the US, we offer a five-year warranty for 5,000 hours. Nobody else in the industry does that.”

SANY relies on key partnerships with companies like Japan’s Kawasaki and Cummins Engines, a US multinational corporation that designs, manufactures, and distributes engines, filtration, and power generation products, to stay ahead of the field in technology and design.

“SANY’s philosophy regarding suppliers is that they have their primary suppliers but they also have alternatives on hand so they don’t get much disruption in the chain,” Friesen highlighted. “In terms of North America, not only are we localizing management, but we are trying to localize our supply as well. We’re basically combing the US for the best suppliers we can find and during the last year we’ve moved from 10% of US-based suppliers to 40%. We plan to go as high as 50% in the near future.”

Friesen emphasized four pillars by which SANY Heavy Industry Co., Ltd. is building its business outside China and transitioning into a globalized company. “The first one is that SANY makes you money, and the reason that we can make money for our dealers and end users is that the cost is lower than that of our competitors yet our customers get a full functional unit, all options included, and our machines don’t break down,” he stressed. “In everything we do we start by looking at how we can make money for the people who buy our machines.

“Secondly. SANY is responsive to your needs. In an industry like this, uptime is critical. When someone calls our technical support team we have a very responsive structure in place, where we are measuring how fast we can resolve the problem. The third pillar that we stand upon is that SANY is easy to do business with. We hate bureaucracy. We hate arrogance. And we recognize that our dealers are partners. Fourthly, and very simply, SANY always delivers on our promise. That’s what we strive for everyday.” 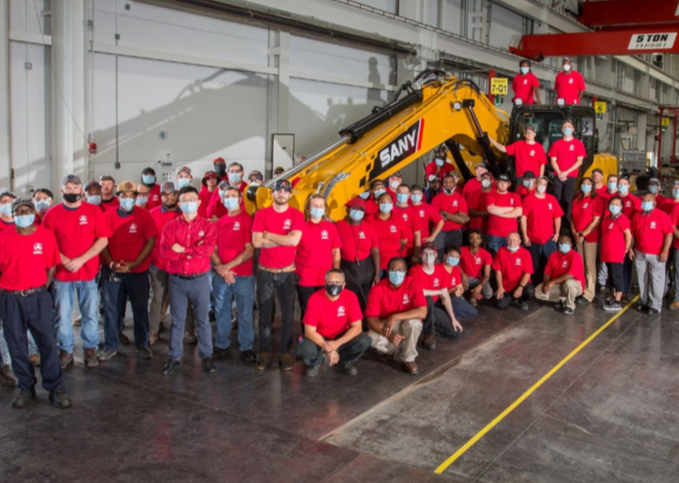 VASA Fitness CEO, Rich Nelsen on being committed to fitness and business