Can you guess the (other) biggest movies in the US during 2019?

According to data from Statista and Box Office Mojo, “Avengers: Endgame” was the biggest movie of the year in the U.S., grossing $858 million at the domestic box office. The final chapter of the Avengers saga also reported the highest opening weekend gross worldwide after raking in $1.2 billion, according to Paste magazine.

Two Disney deliveries also ranked at the very top of the list, as the live-action film of The Lion King was the second biggest movie of the year, grossing $544 million at the domestic box office. “Toy Story 4,” which fans have been waiting for since “Toy Story 3” debuted in 2010, rounded out the top three with a domestic gross of $434 million.

With a domestic gross of $426 million, Captain Marvel comes at fourth, while Tom Holland’s Spider-Man closes the top five after ranking $388 million in domestic gross. 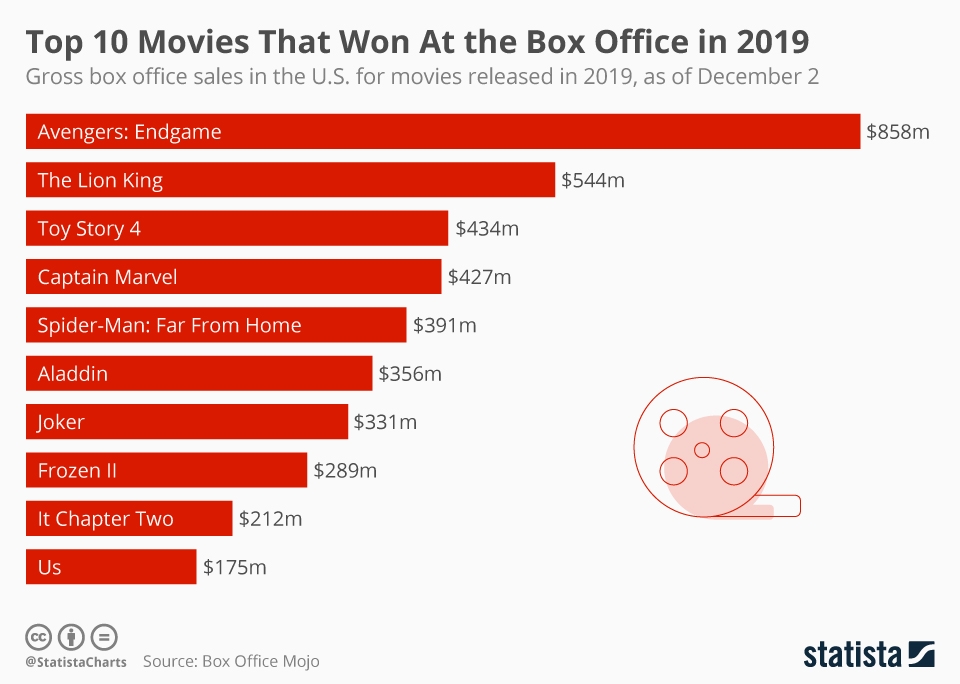