The year of connected seniors

Tech adoption among senior US citizens is higher than ever.

Despite that older Americans still trail the overall adult population in terms of tech usage, the digital gap is no longer as pronounced as it used to be.

According to the Pew Research Center, technology adoption of Americans aged 65 and older is on the rise and higher than ever, as in 2018, 66% of U.S. seniors used the internet regularly, up from just 14% in 2000, marking last year as the biggest one for technology adoption among senior U.S. citizens.

The U.S. Census Bureau reports that the number of Americans aged 65 and older exceeded 50 million for the first time in 2017. 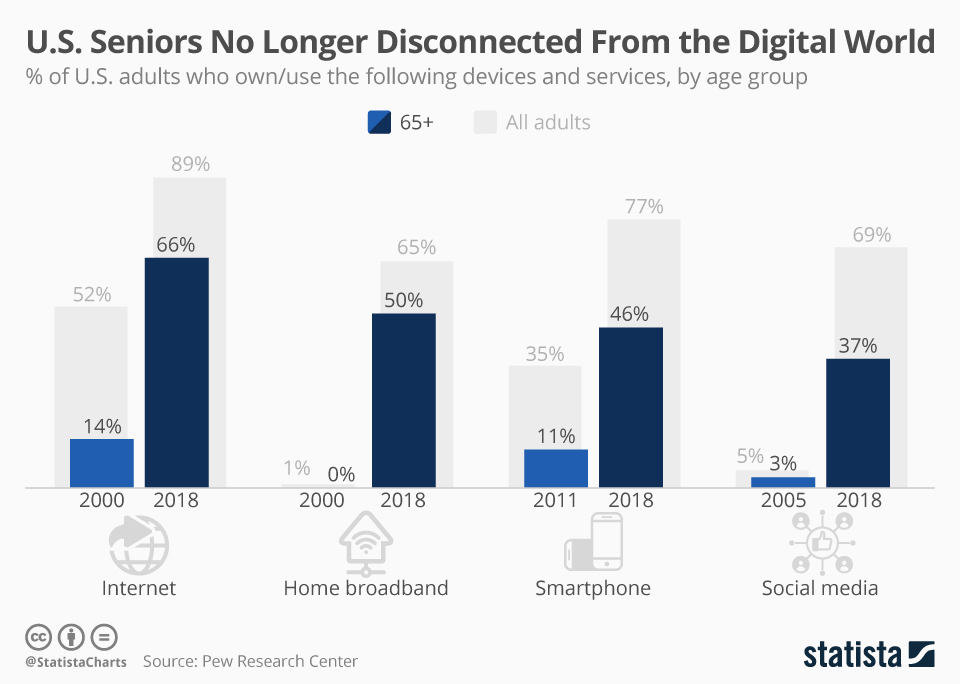