Working (and living) with chronic illness

Chronic illness may be unpredictable, but it shouldn’t hold anybody back from getting a job, however, in many states across the US, it does.

Chronic illness is generally defined as a condition lasting longer than one year, and more than 133 million people in the U.S. have one, according to a National Health Interview Survey conducted by the Centers for Disease Control and Prevention (CDC) in 2012, but as the years go by, numbers have risen.

According to a new Milken Institute report, U.S. health care costs for chronic diseases such as heart disease, cancer, diabetes, and Alzheimer’s disease totaled $1.1 trillion in 2016. When lost economic productivity is included, the total economic impact was $3.7 trillion. This is equivalent to nearly 20 percent of the U.S. gross domestic product.

As if bearing a condition that adds up everyday was not enough, it turns out that it’s actually complicated to land a job while living in this status. Even more so, it’s not easy seeing employers offer significant positions to workers with chronic illnesses who might not be able to work a traditional 9-to-5 job.

Living with incurable and ongoing chronic can affect a person’s needs and energy—and, therefore, where and how they work, especially in the modern work culture, which puts a high value on maximum productivity, meaning that working with a chronic illness can leave you facing an impossible choice: your career or your health.

Chronic diseases are responsible for seven out of every 10 deaths in the U.S., killing more than 1.7 million Americans every year, turning them into the most frequent users of health care in the country, accounting for 81% of hospital admissions; 91% of all prescriptions filled; and 76% of all physician visits.

Company-wise, bot U.S. employers and employees are paying for the high costs of chronic disease through the increase in health costs associated with greater demand for and use of health care services, for example, healthcare coverage costs for people with a chronic condition average $6,032 annually – five times higher than for those without such a condition.

While today’s situation is grave, the chronic disease crisis looms even larger tomorrow.

By 2025, chronic diseases will affect an estimated 164 million Americans – nearly half (49%) of the population, however, many of these chronic diseases could be prevented, delayed, or alleviated, through simple lifestyle changes.

Advances in medical technology and science are enabling medical treatments scarcely imagined only a few years ago, but work is still to be done, especially in prevention, as it’s always going to be cheaper than treatment — but changing health-related behaviors is difficult.

When you’re chronically ill, it often feels like doubt rules your life. People doubt that you’re sick. They doubt how hard you’re trying. They doubt that you’ll follow through on your commitments. And eventually, you begin to doubt yourself, but if you live with these conditions, you must remember you are not your chronic illness. You live with it, but that doesn’t have to hold you back from also working with it. 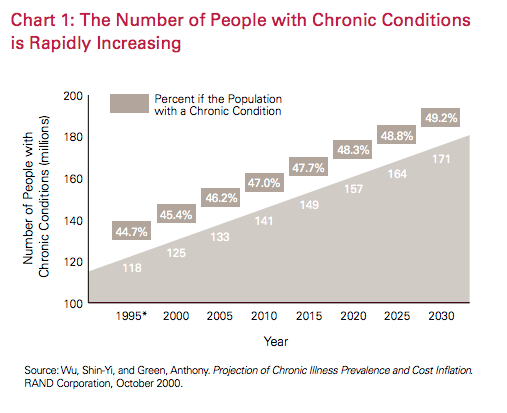 Here are three key things that can help you succeed in a new job, according to The Muse.

Or click here to read the story of Hannah Olson, an ambitious Boston University sophomore who was officially diagnosed with Chronic Lyme Disease and has started Chronically Capable, a service free to job seekers which matches them via algorithms and strategy with substantial–but flexible–remote jobs.

Should your company implement a vaccination mandate?

Would you get a COVID-19 booster shot if offered?