Statista and Forbes rolled out YouTube’s top-earners of 2019.

As of May 2019, more than 500 hours of video were uploaded to YouTube every minute. This equates to approximately 30,000 hours of newly uploaded content per hour.

But is it really profitable? Yes. A Statista infographic recently shed some light on who are the top earners on Youtube, showing that eight-year-old Ryan Kaji earned $26 million from June 1, 2018 to June 1, 2019, making him number 1 in the ranking. American YouTube stars complete the top of the list as Dude Perfect, five-year-old Anastasia Radzinskaya, Rhett and Link, Jeffree Star, and Preston are the top six earners.

The most successful European in the largely US-dominated ranking is the Swede PewDiePie, who is accompanied by DanTDM from the UK and Vanoss Gaming from Canada. 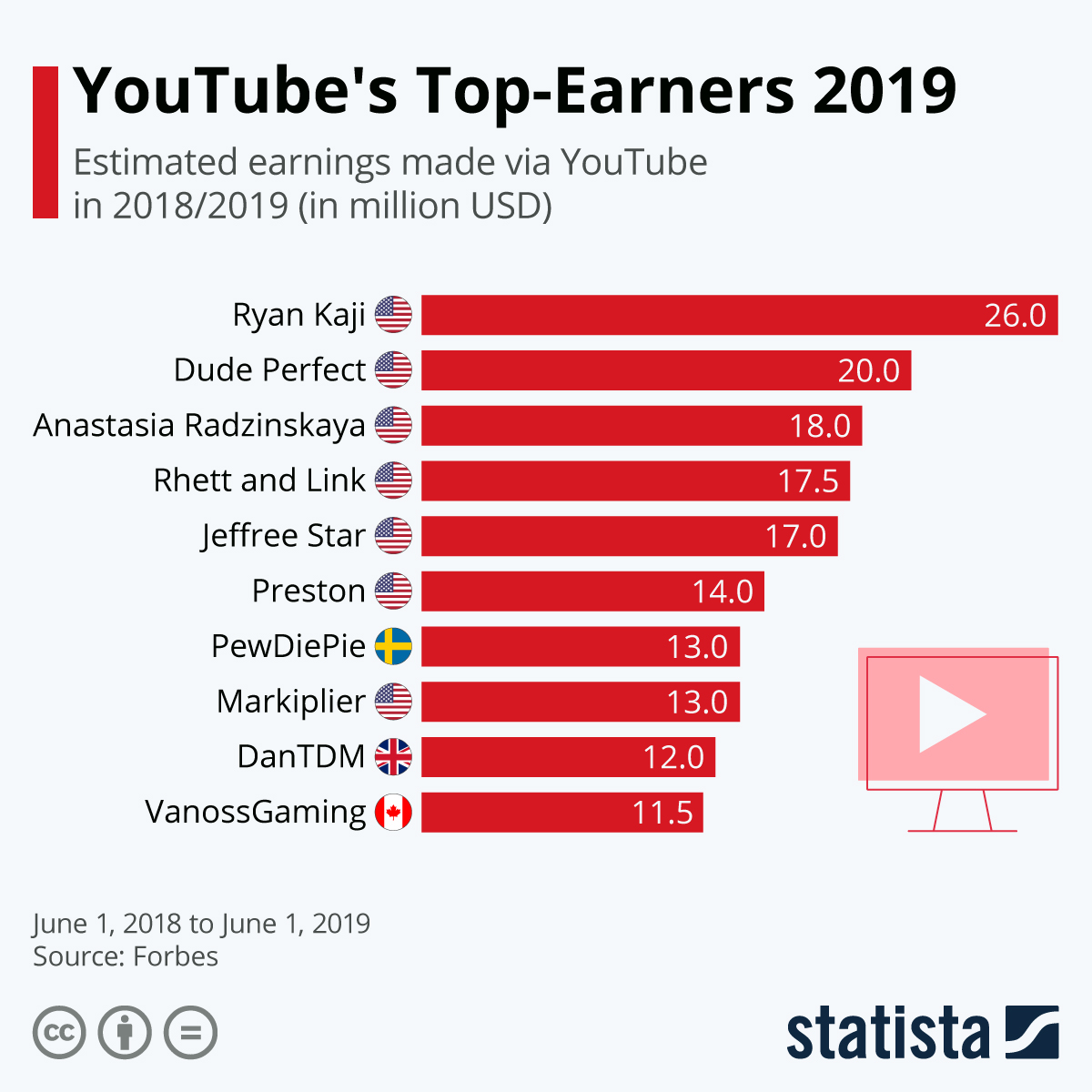