Netflix has revealed its most popular titles of 2019 in various categories.

Netflix’s most popular movies of 2019 are led by the Adam Sandler-Jennifer Aniston comedy feature Murder Mystery, the third season of mega hit series Stranger Things, Martin Scorsese’s The Irishman, The Witcher with Henry Cavill, and movie The Highwaymen with Kevin Costner and Woody Harrelson, among many more.

According to Deadline, Netflix does not officially reveal its methodology, but the rankings are believed to be based on the number of accounts that have watched at least two minutes of a movie, TV series or a special — both original and acquired — during its first 28 days on Netflix in 2019.

The Witcher, referred to as Netflix’s answer to Game of Thrones, leads in many of the lists, while two Disney family films made the Top 10 Netflix movie list: The Incredibles 2 and Ralph Breaks the Internet: Wreck-It Ralph 2. They were among the last Disney titles to launch on Netflix as the Hollywood studio in August 2017 opted to end its distribution deal with the dominant streaming platform and start its own SVOD service. It’s worth noting that half of the top 10 Netflix scripted TV series come from outside studios, UCP (Umbrella Academy, No. 3), CBS TV Studios (Dead To Me at No. 4 and Unbelievable No. 7), Warner Bros TV (You No. 5) and Paramount TV (13 Reasons Why No. 9). 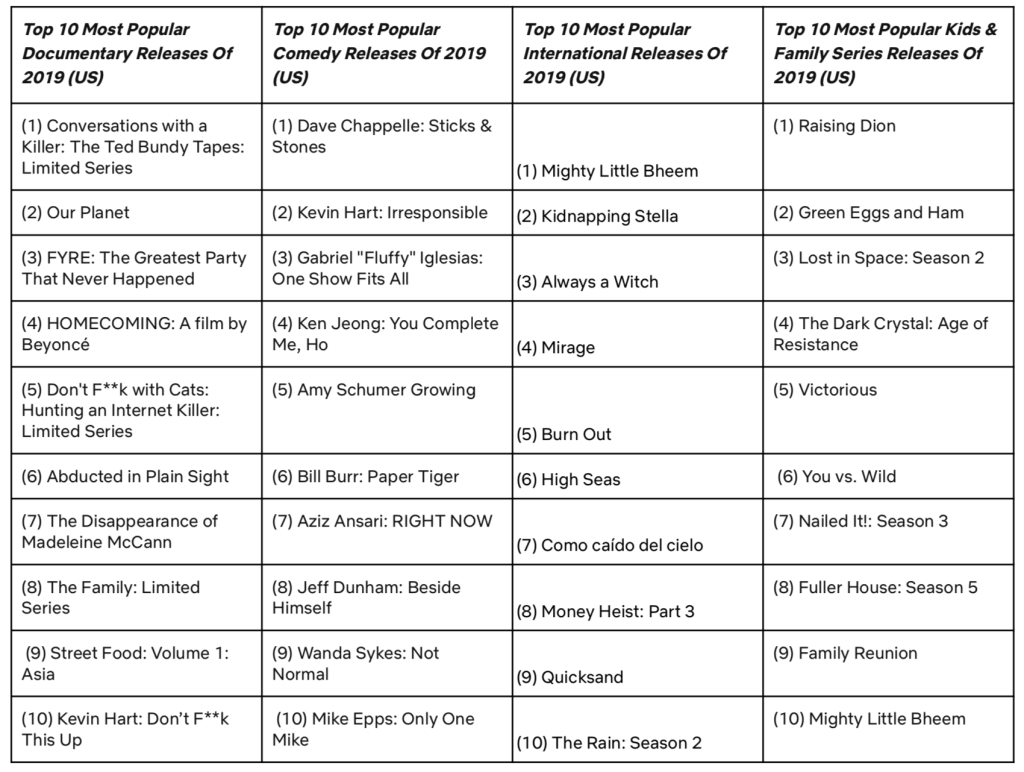