America celebrates its 399th Thanksgiving, and here’s a breakdown at the holiday in numbers.

According to the United States Census Bureau, Thanksgiving became a national holiday on Oct. 3, 1863, when President Abraham Lincoln proclaimed the last Thursday of November as a national day of thanksgiving. Decades later, President Franklin Roosevelt officially declared that Thanksgiving should always be celebrated on the fourth Thursday of the month to encourage earlier holiday shopping.

Since then, the legacy of thanks and the feast have survived centuries, and in 2019, America celebrates its 399th Thanksgiving.

To understand more about this holiday, which began in the Fall 1621 in Plymouth when the Massachusetts Governor William Bradford planned a festival to give thanks for around 90 Native Americans, here’s a look at Thanksgiving Day numbers: 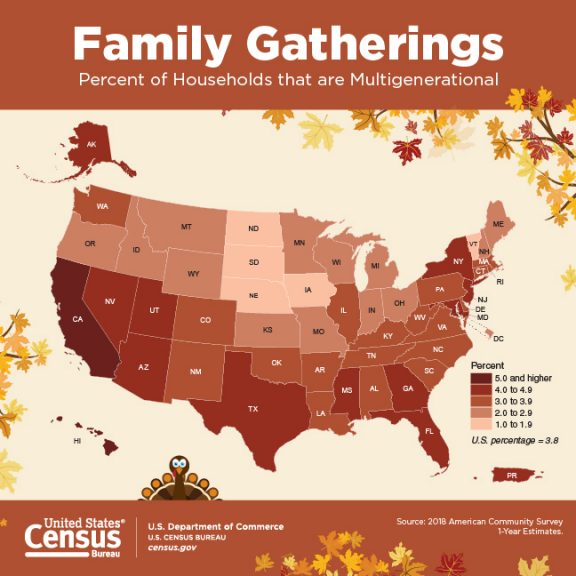