The flow of foreign aid

According to Britannica, Foreign aid is defined as the international transfer of capital, goods, or services from a country or international organization for the benefit of the recipient country or its population.

Despite the word “aid”, which has come to question over the years, this economic activity helps to construct new infrastructure, recover from humanitarian crises or natural disasters, strengthen relationships among countries, project a positive image at home and abroad, or bolster military presence in certain military conflicts. In simple terms, and according to Visual Capitalist, foreign aid is the voluntary transfer of resources from one country to another country—typically capital.

When it comes to countries and their distribution of foreign aid, Investopedia states that the United States provides foreign aid of various kinds to at least 95% of the countries in the world, though and that for American taxpayers, the cost of foreign aid amounts to more than $35 billion per year, or around $3 million per hour. 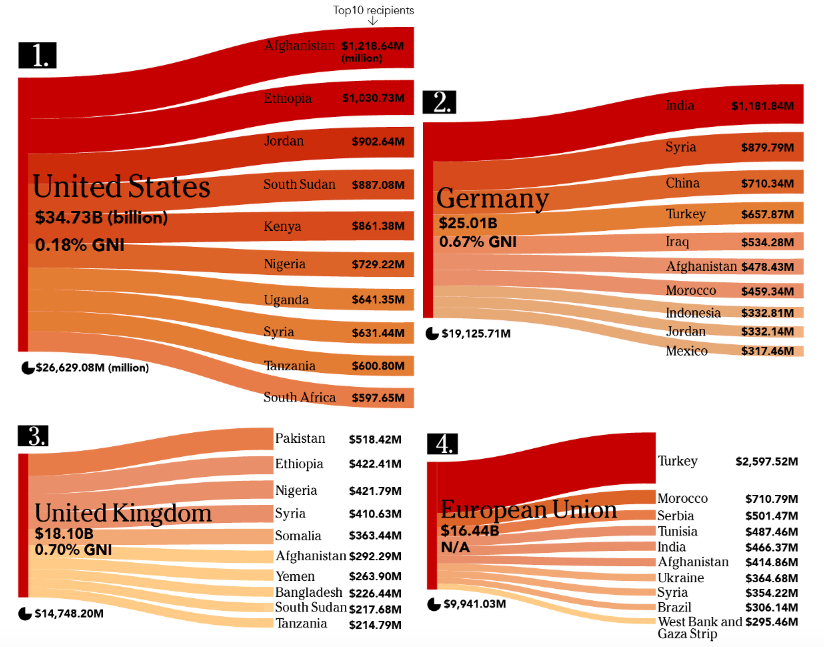 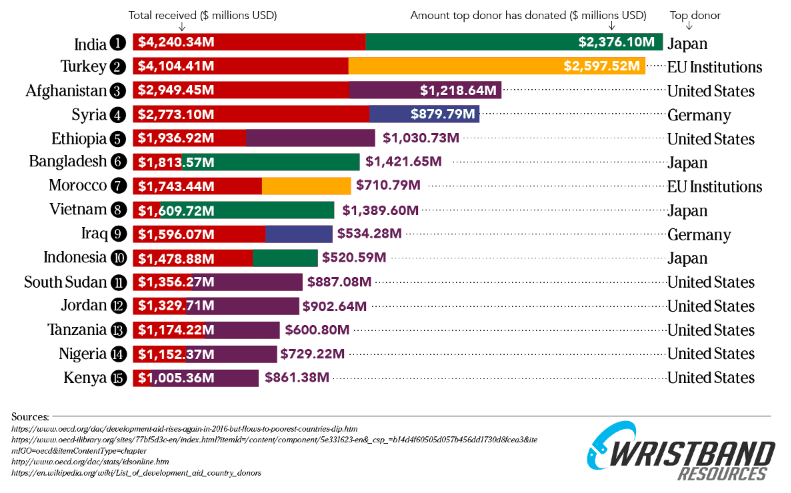