Deaths from terrorism fell globally for the fourth consecutive year.

The fall in deaths was also reflected in country scores, with 98 countries improving compared to 40 that deteriorated. This reported fall in terrorism has also been accompanied by a reduction in the global economic impact of terrorism, decreasing by 38% to US$33 billion in 2018.

Vision of Humanity reports that the 2019 Global Terrorism Index saw that the largest improvement occurred in the Middle East and North Africa while South America had the largest deterioration, followed by Central America and the Caribbean.

Despite the notable news, terrorism continues to be a global security threat with 71 countries recording more than one death – the second highest number of countries since 2002. 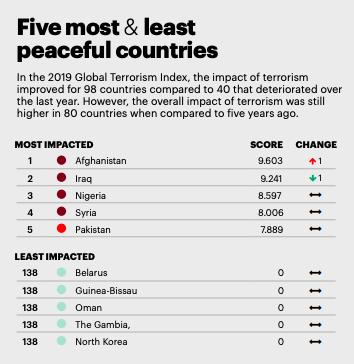 International medical and security specialists International SOS have released their map of the most dangerous places on the planet for 2020. The safest places on Earth were named as Finland, Norway and Iceland while the highest levels of risk are present in Libya, Somalia, Afghanistan and Venezuela. 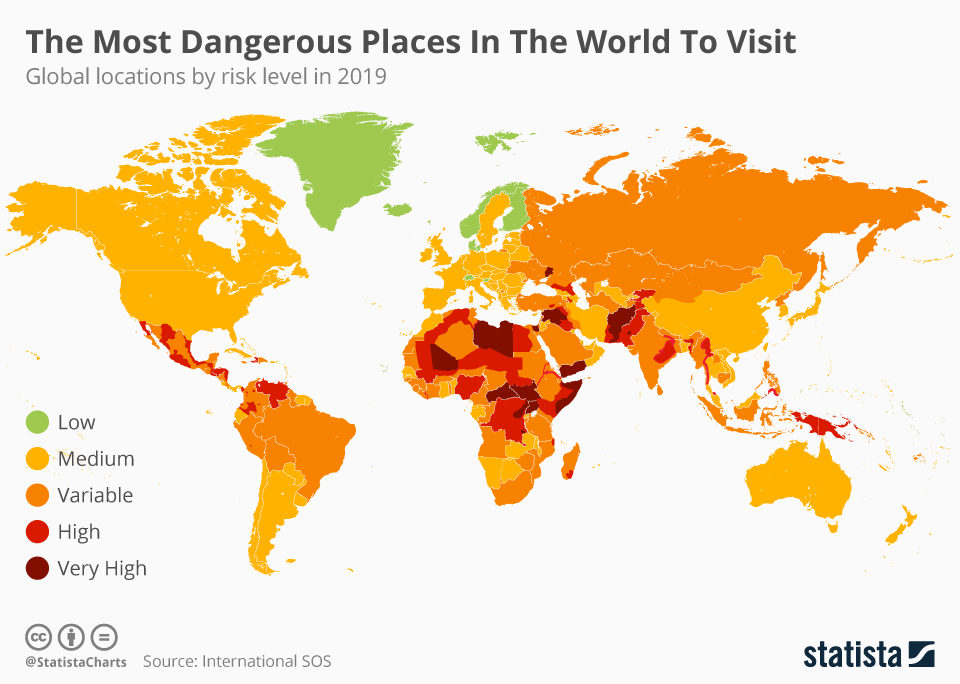