44% of Americans believe the impeachment towards President Donald Trump is fair.

A new poll from global public opinion and data company YouGov finds that just 44% of adults in the United States believe the impeachment probe into President Donald Trump’s withholding of aid to Ukraine and the charge that he attempted to trade foreign military aid to Ukraine for an investigation into former Democratic Vice President (and 2020 challenger) Joe Biden and his son’s business dealings there is fair.

According to the charts presented, Trump’s impeachment is seen by many Americans in the latest Economist/YouGov Poll as different from the two most recent impeachments. Fewer Americans regard this impeachment as fair compared with the ones against Richard Nixon and Bill Clinton. Republicans, Democrats, and independents regard the Nixon impeachment (which ended with Nixon’s resignation) as fair; Republicans and independents say the same about the Clinton impeachment (with Democrats evenly divided about the process in which President Clinton was impeached by the House but acquitted in the Senate). 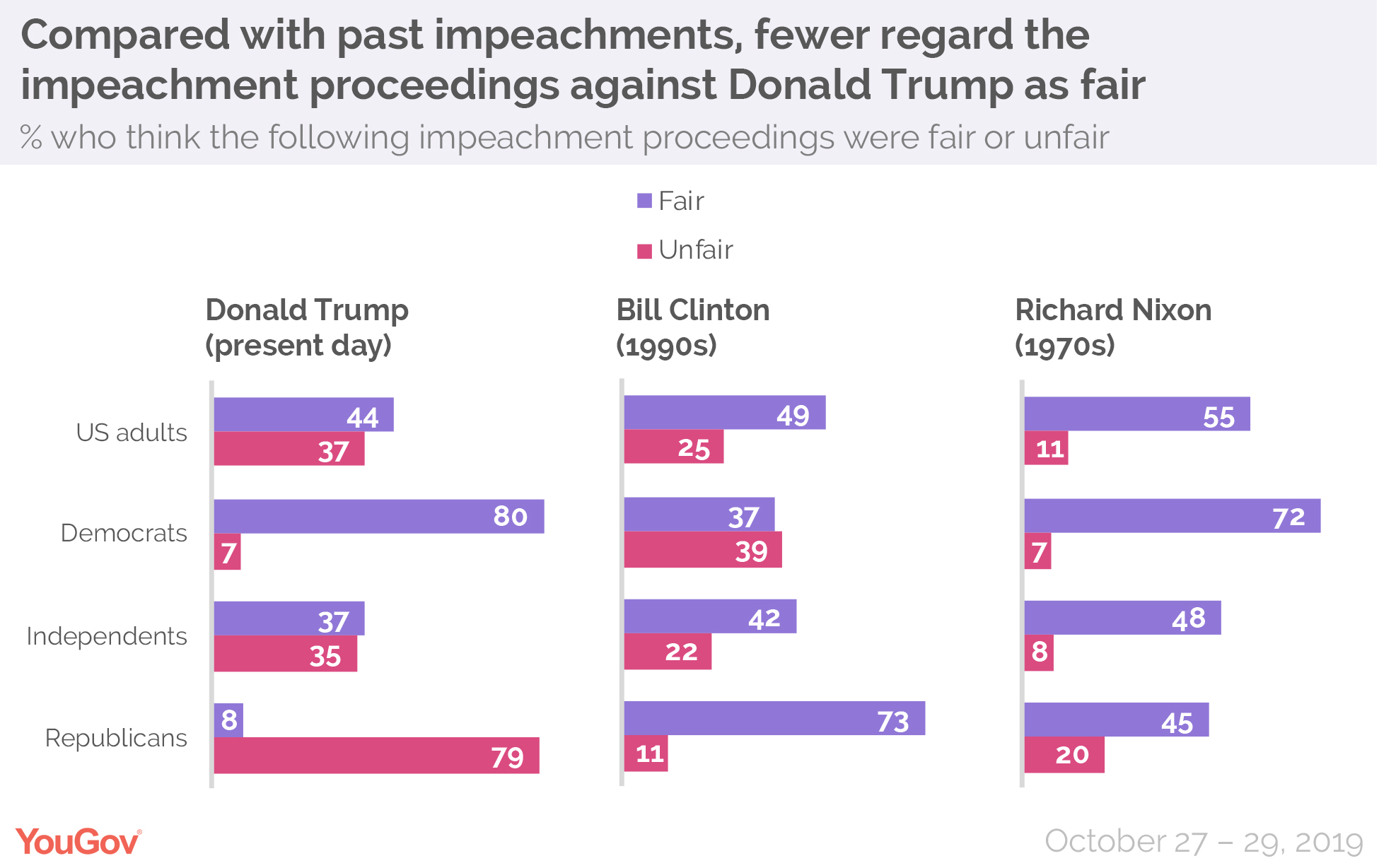