Preliminary data from The Centers for Disease Control and Prevention (CDC) showed that drug overdoses declined 4.2% in the United States during 2018 after rising precipitously for decades.

“It looks like this is the first turnaround since the opioid crisis began,” said Bertha Madras who served on President Trump’s opioid commission, and is a professor of psychobiology at Harvard Medical School. She says it won’t be entirely clear until the CDC finalizes the numbers but, “…the tide could be turning.” It was also reported that although the country as a whole achieved a 4.2% drop in overdose deaths in the provisional data, many states vary widely from that number.

Farida Ahmad, mortality surveillance lead of the National Center for Health Statistics at the CDC, says the numbers released by CDC are not final, but they should be close, though. For provisional data, “our threshold is for 90% completeness,” she says. 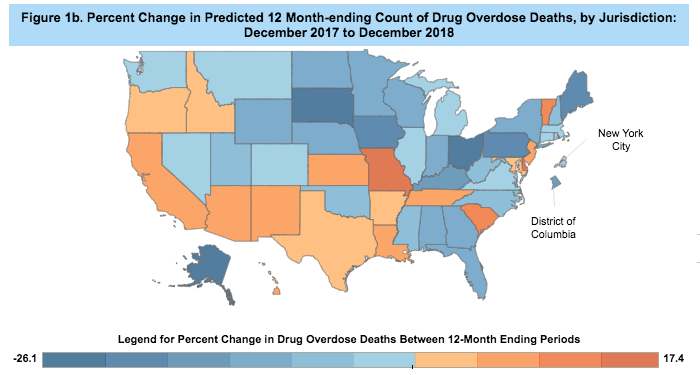