Google is restricting Huawei’s access to its Android operating system.

After the Trump administration blacklisted the Chinese tech firm, Google took a huge blow towards Huawei by is restricting its access to its Android operating system and apps.

This means that if Huawei can no longer lean on US suppliers, it could see delays in smartphone shipments while it scrambles to find new supply chain partners, risking its goal to become the top smartphone brand by the end of 2020, and helping the company’s rivals to recapture some market share. 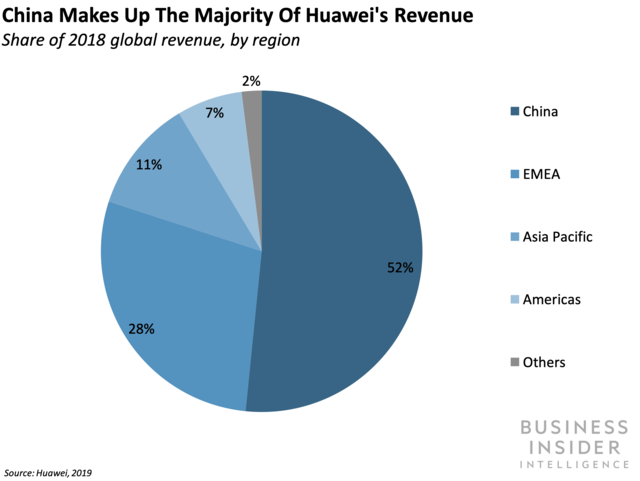 What would a ban mean for the US?

According to Business Insider Intelligence, a ban on Huawei equipment could hurt the U.S. 5G market, since Huawei is considered to be a global leader. By banning Huawei, the U.S. not only loses out on the company’s 5G solutions but also its global experience in launching them.

A ban is unlikely to be in the best interest of either party, but Huawei’s already taken steps to help insulate itself just in case, saying it has spent at least three years working on its own operating system.

According to CNN Business, Huawei will only be able to use the public version of Android and will not be able to access apps and services from Google. The news was first reported by Reuters.
A Google spokesperson added that consumers who already own Huawei smartphones will be largely unaffected for now, meaning that the Google Play and the security protections from Google Play Protect will continue to function on existing Huawei devices, without providing further details.