Beating the odds a picture at a time

The image-sharing social network is conquering the young market and serving the experienced one.

The 700 million monthly active users in Instagram, 90% of them under 35 years old, turn the app into a very attractive tool for strategy and e-commerce. If a picture is worth a thousand words, Instagram is now the money-pot in business.

Back in 2012, the world could not believe Mark Zuckerberg, founder of Facebook, had just purchased photo-sharing app Instagram for US$1 billion, above the estimated price at the time for journalism stalwart The New York Times, a 161-year-old company.

It’s true that Instagram, the highly visual, one-too-many social network, is one of the toughest competitors in the social media environment, but what has really made it the undisputed all-star in the market? 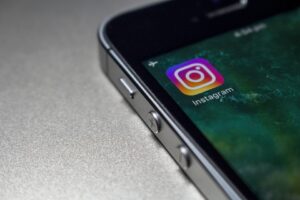 A Pew Research Center (PRC) report found that only one third of adults between 30 and 49 years old use Instagram regularly, while 84% of them use Facebook in the same way; nevertheless, it stated that 59% of people between 18 to 29 years old tend to use the Instagram app frequently, a demographic that Facebook has struggled to maintain. These facts suggest a dilemma for Facebook, because even though Instagram has a smaller universe of users in comparison to it, it has a firm, steady presence in all social universes. Is that the real reason Zuckerberg considers it as his secret weapon for the future?

Business Insider declared in its December 2016 report that Instagram´s user base grew remarkably between 2014 and June 2016, increasing at a rate of 100 million new users every nine months, accelerating by 33% in growth, putting it as the most important and most used social network for teenagers in the US. The image-sharing social network, alongside with Snapchat, is conquering the young market and serving the experienced one, demonstrating maturity and resilience, key for any company’s significant success.

From 2011 to 2017, according to the PRC report, the use of smartphones has risen from 35% to 77% in the world, giving a significant push to e-commerce and the relevance of social platforms in the performance of both big and small businesses.

E-commerce has become a 220-billion-dollar industry, according to PRC and Foundr Magazine, and Instagram has had a lot to do with that. A MediaKix report showed that Instagram consumes up to 15 minutes a day per user turning out into a total of eight months inside the Instagram app in a complete lifetime, less than Facebook, Youtube and Snapchat. The 700 million monthly active users in Instagram, 90% of them under 35 years old, as reported by Expanded Ramblings (DMR), turn the app into a very attractive tool for strategy and e-commerce, helping companies venture into new markets and opportunities for their customers.

Besides the vast numbers it attracts, another added value is the ability to bring a brand or product into the users’ eye-level, helping forge company personalities, encouraging customer participation and involvement and driving success for small and big corporations has put Instagram as an emerging marketing channel.

As an example, its “Instagram stores”, created just no more than two years ago, have generated up to 400 million daily users and views, say Tech Crunch and Inc.com. Imagine an open platform capable of serving your product or service 400 million users in under 30 seconds. This might have been an element Zuckerberg took into consideration when he bought the then 12-employee company.

Beating the odds is something that Instagram has come to do, achieving large valuations and standing face-to-face with older and larger competitors by combining creativity, easy use, connection and management in a mobile app that has only shown half of its capabilities as we walk into the future of social media in the business world.

Tactics Narcissists Use to Gain Self-Esteem and Power

Drugstores out of order

The mind and muscle behind Vonage’s success

Brand, people & partners at the heart of technology

A focus on the future of manufacturing