Still looking to the sky

Zean Nielsen, CEO of Cirrus Aircraft, believes that the future involves more people getting behind the controls of an aircraft.

Zean Nielsen believes that more people should fly—not in the sense of booking a ticket with a commercial airline, but actually becoming pilots and taking the controls of a plane.

Cirrus Aircraft, the company he leads as CEO, also works hard to make such dreams come true, manufacturing some of the most popular and safest light aircraft in the global marketplace, notably the SR Series and Vision JetTM. The story of how the company was born is also the stuff of dreams.

Co-founders, entrepreneurs, and brothers, Alan and Dale Klapmeier, famously came up with the idea for Cirrus Aircraft while they were teenagers hanging out in their family’s barn in Wisconsin and subsequently formed the company in 1984. The brothers were ranked No. 17 on Flying magazine’s 51 Heroes of Aviation in 2013 and inducted into the National Aviation Hall of Fame in 2014.

“I’m not sure a lot of people know how convenient personal aviation or general aviation really are,” Nielsen told CEO Magazine in an exclusive interview. “Their natural default is to fly commercial. What you find is that a lot of fixed base operators (FBOs) are way faster, and in many cases, cheaper than commercial, if you can fill the plane. It gives you so much more freedom when you travel.”

Based in Duluth, Minnesota, Cirrus Aircraft is an aircraft manufacturer renowned for its whole-airframe parachute recovery system—the Cirrus Airframe Parachute System® (CAPS®)—and recognized as having revolutionized general aviation for modern aircraft pilots. As of 2018, the company had delivered over 7,000 SR aircraft to customers in just eighteen years of production and has been the world’s largest producer of piston-powered aircraft since 2013.

“We have a nearly 50% market share, so we’ve taken great advantage of our position and size in the market,” Nielsen said. “Right now, it’s really about building out what I refer to as a 360 experience around the customer. What else can we provide in addition to selling them the plane? Can we provide service? Can we provide maintenance and hangar support? Can we create an app that allows the user access to the plane from anywhere?”

Cirrus Aircraft made its name through creating the SR Series aircraft, comprising the SR20, SR22, and SR22T. In 2017, the company began production of the Vision Jet, a single-engine, very light jet, for which they already boast a 20% market share. In total, Cirrus currently produces around 400 SR Series planes a year and about 100 Vision Jets, and enjoys 50% share of the light aircraft market as a whole.

“There are really three or four ways that we’re thinking about growth right now,” Nielsen explained. “One is how many more markets we can be in. We’re primarily a North American company today, but we also have a pretty good European business. The way the market ebbs and flows in Europe depends largely on the regulation of airspace. Also, the further away you get from western markets, the more scarce the raw materials, such as SPOs and access to fuel, are. As those markets open up, we will see added opportunity.”

Cirrus has multiple locations in North America, including Grand Forks, North Dakota; Knoxville, Tennessee, and a brand new service facility in McKinnet, Texas. Nielsen currently sees considerable opportunities in connecting Cirrus’ businesses around the world through advances in IT and the standardization of operating procedures, as well as offering services and maintenance for its aircraft as the number of Cirrus aircraft owners grow.

“We have more than 7500 owners of our planes today somewhere in the world, and there’s a whole ecosystem you can build around that,” he elaborated. “You have to have really good arrangements with your suppliers to make sure that you don’t run out of parts, but also that you can supply the spare parts for years to come after you launched the plane.” 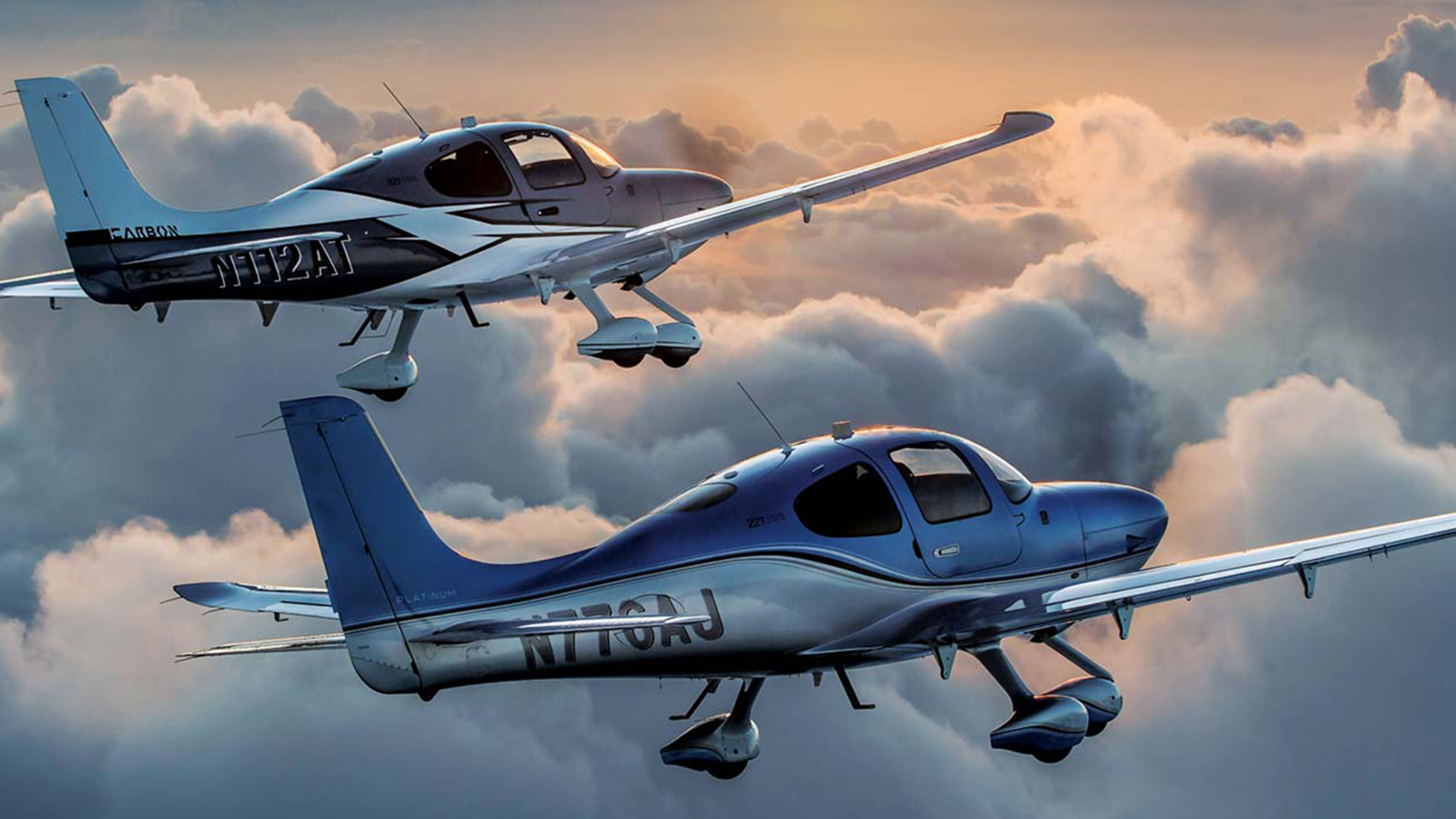 Nielsen views the role of Cirrus’ suppliers and partners as not only assisting in the construction of airplanes, but also collaborating on solutions to design and manufacturing challenges which help to push quality and innovation in the aviation industry forward. “The whole industry is really built around very small production runs where you might only make 500-600 pieces of a given item,” he explained. “The way planes are made is you choose the engine and you build the plane around the engine, and you need to understand what the engine can actually lift.

“You also don’t want to build an engine that’s too expensive or too heavy that you can’t sell the rest of the plane with it. However, if you can work with your partners on roadmaps that are 10 years out, you can really do something interesting together.” Nielsen used Cirrus’ longstanding relationship with Garmin Aviation, a world-renowned producer of avionics solutions, including navigation and radio solutions, to illustrate how the company’s suppliers play a key role in co-developing technology used by Cirrus to set it apart in the aviation industry.

“The production of an airplane really starts with two things—the avionics, and the engine,” Nielsen explained. “Garmin has some fantastic hardware and we have a really good understanding of what a flight deck should look like, what is relevant for the pilot, and how to remove what we call pilot workload—which is to say, how to make flying easier. With our engineers working side by side, we’ve come up with some really interesting stuff.

“It also gives us the opportunity to be first to market with a specific software solutions or something unique to our plane. What matters in establishing these relationships is whether you can make commitments to your suppliers, on anything from exclusivity to certainty of supply.”

Nielsen believes that several elements are necessary to persuade more people to take the plunge and fly their own planes. Safety is first and foremost. Later comes the issue of user friendliness—the flying experience itself, and a more comfortable ride for the pilot and passengers—all of which Cirrus is seeking to improve on as it aims to promote the concept of personal flying as a reality.

“In the whole industry, we have a challenge in that the population of pilots is shrinking,” Nielsen highlighted. “They’re getting older, and there’s fewer of them. And then, it’s simply not a profession that many people are going into. Our first task is to help create more pilots, get more people into flying, and explain to businesspeople that their life is going be significantly better if they fly themselves rather than taking commercial.

“Once they understand how easy it actually can be with the right instructor and the right curriculum to become a pilot, they realize it’s amazing. First, we’ve got to create pilots, then we’ve got to make it safe and convenient and affordable for them to fly. If we do that, I’m confident that we’ll continue to have a bright future ahead of us as a company.”