Approximately 100 million votes have been casted before election day, a record voter turnout.

According to the U.S. Elections Project, a nonpartisan website run by University of Florida professor Michael McDonald, early voting in the U.S. has reached record levels and around 100 million votes have now been cast ahead of election day. That’s more than two-thirds the total number of votes cast in 2016 and it now looks highly likely that total voter turnout will be higher than the previous record set four years ago, writes Niall McCarthy, data journalist for Statista, who studied how this U.S. turnout compares with other countries around the world.

According to the analysis, while turnout among registered U.S. voters is traditionally high, it trails other nations when turnout is measured as a share of the voting-age population. As 139 million people voted in the 2016 election when Donald Trump unexpectedly beat Hillary Clinton, turnout among the voting-age population was just under 56%, according to the International Institute for Democracy and Electoral Assistance. That is far behind Belgium which had a high turnout of 78% in its most recent election. However, it must be pointed out that the country has a system of compulsory voting, consistently resulting in high turnout figures. Many countries without such a system also experience high voting volumes with Sweden a notable example with 82% in 2018. South Korea also had an impressive turnout of 66.5% in its legislative elections earlier this year. 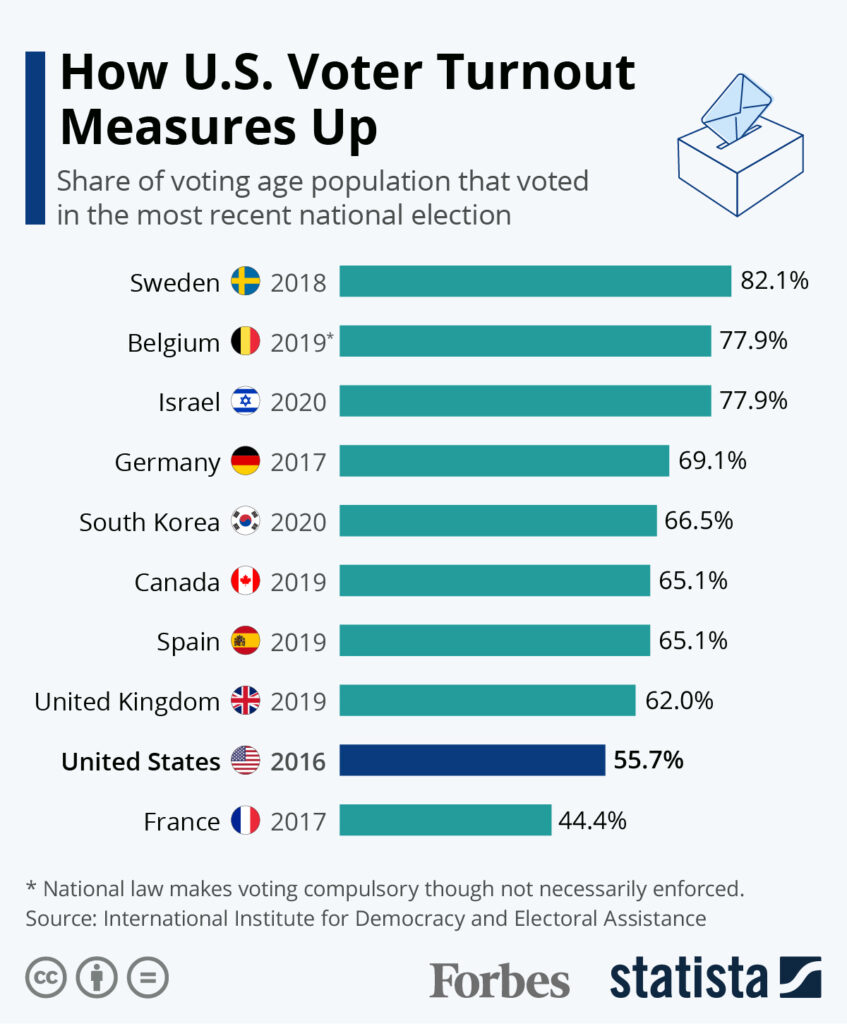